Huawei will release the Nova 8 series of new phones next month. This includes the Nova 8 SE, the Nova 8 and the Nova 8 Pro. In fact, we have heard about these series phones previously. That time, the source disclosed the detailed configuration of the Huawei Nova 8 SE. As for now, one of the Weibo bloggers released the real rendering of the phone. 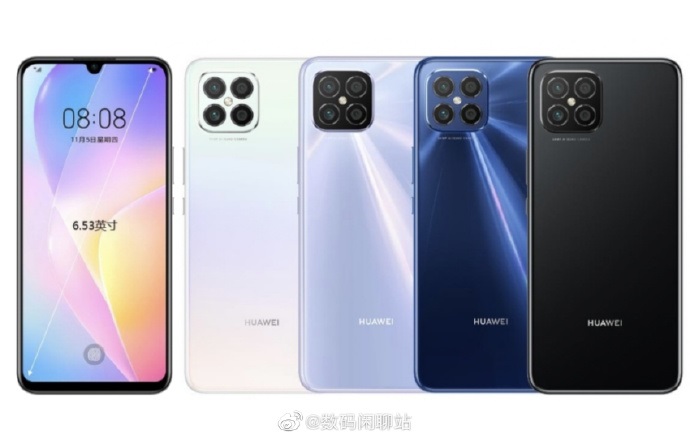 Besides the render provided by the source, he also talked about the phone’s key features. The Huawei Nova 8 SE uses a 6.53-inch OLED water drop screen. There is also a rear-mounted 64MP matrix quad-camera. The blogger said that the backplane arc of the machine is similar to 2D. Also, it adopts a right-angle frame design similar to the iPhone 12. Apart from this, we can say looking at the render that the phone focuses on an ultralight design and flash charging.

According to previous reports, the Huawei Nova 8 SE will use a 6.53-inch FHD+ 60Hz OLED display. The front-facing camera will have a 16MP resolution. At the same time, we have heard the back main camera will come with sensors combination of 64MP + 8MP+ 2MP + 2MP.

The standard version model will use a Dimensity 720 processor. At the same time, the high-end model adopts a Dimensity 800U processor. The built-in 3800mAh battery supports 66W flash charging, which is identical to the charging solution of the Mate 40 series. The body thickness is 7.46mm, and the weight is 178g.

In addition to the new Huawei Nova 8 series, there will be another series from Huawei’s sub brand. As you guess, we are talking about the much-talked Honor V40 series. They should hit the market in November.