The official Weibo of Huawei Terminal officially announced the new Huawei Nova 8 SE will be released online on November 5. Now, the real photos of the suspected machine have been leaked online. In fact, they are consistent with the previously exposed renders. Moreover, the company released a couple of official posters emphasizing this or that key feature.

As the Huawei Nova 8 SE spy photo shows, the phone uses a relatively flat and tough frame similar to the iPhone 12 series. Also, the upper left corner of the back carries a square quad camera. 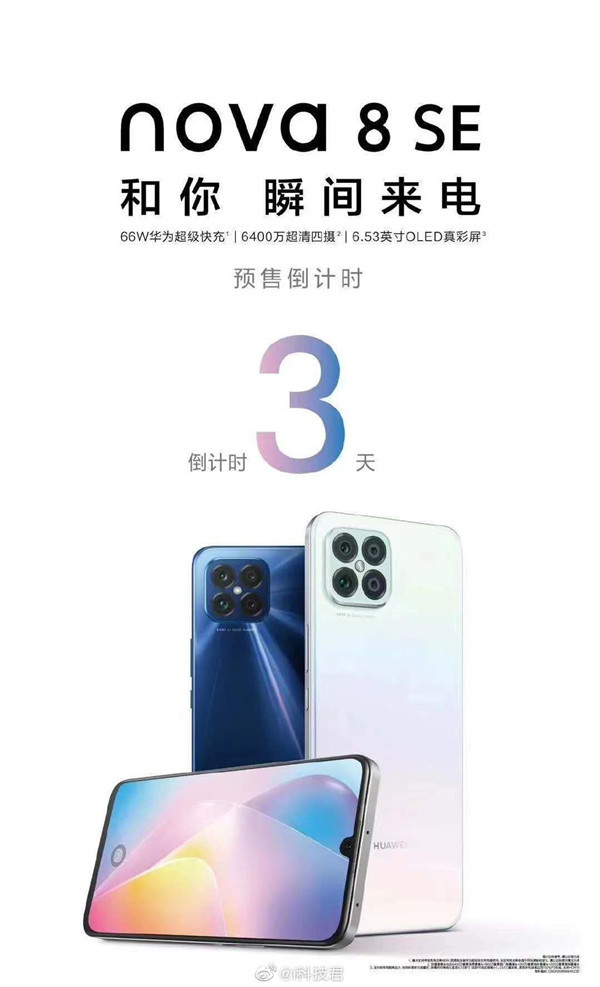 According to previous news, the Huawei Nova 8 SE sports a 6.53-inch water drop screen with a screen resolution of FHD+. The standard version comes with the MediaTek Dimensity 720 processor, and the high-end version comes with the MediaTek Dimensity 800U processor. The front camera’s resolution is 16MP, while the back comes with a quad-camera. It consist of 64MP camera + 8MP super wide-angle + 2MP + 2MP AI sensors combination. In addition, the machine has a battery capacity of 3800mAh and comes with the 66W fast charge. As you know, the latter has been just launched by the top flagship Huawei Mate 40 series. The body is only 7.46mm thick and weighs only 178g, which is extremely thin and light. 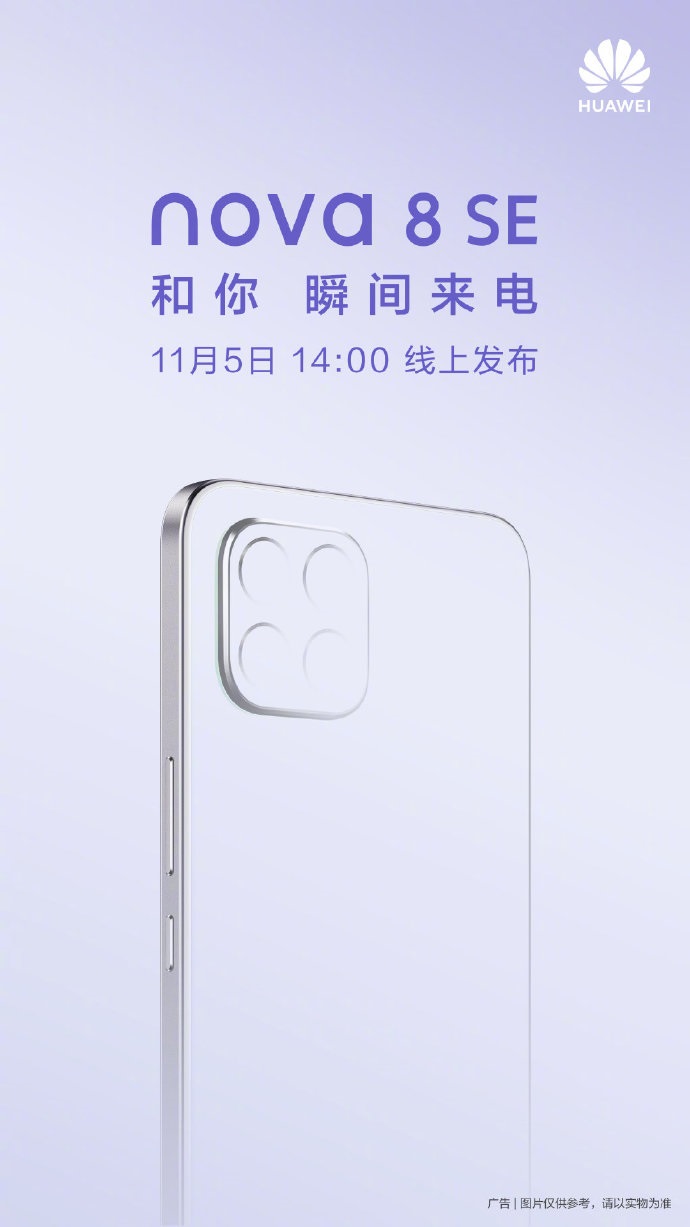 The machine will start pre-sale on November 5.

In addition to the new Huawei Nova 8 series, there will be another series from Huawei’s sub brand. As you guess, we are talking about the much-talked Honor V40 series. They should hit the market in November.