Huawei will soon launch its upcoming Huawei Nova 9 series, including Huawei Nova 9 and Nova 9 Pro. The event is scheduled for September 23 in China. Now, these smartphones have been exposed again with live images. Earlier, the specifications of the device were leaked through the TEENA listing. Also, the famous tipster Digital Chat Station had revealed the specifications. At present, these phones can be pre-booked in China’s offline stores. Both these phones will run on the brand’s new OS, which is the Harmony OS. It is reported that it will run on the latest Harmony OS 2.0.1. Further, the Nova 9 will feature a single punch hole to the center. 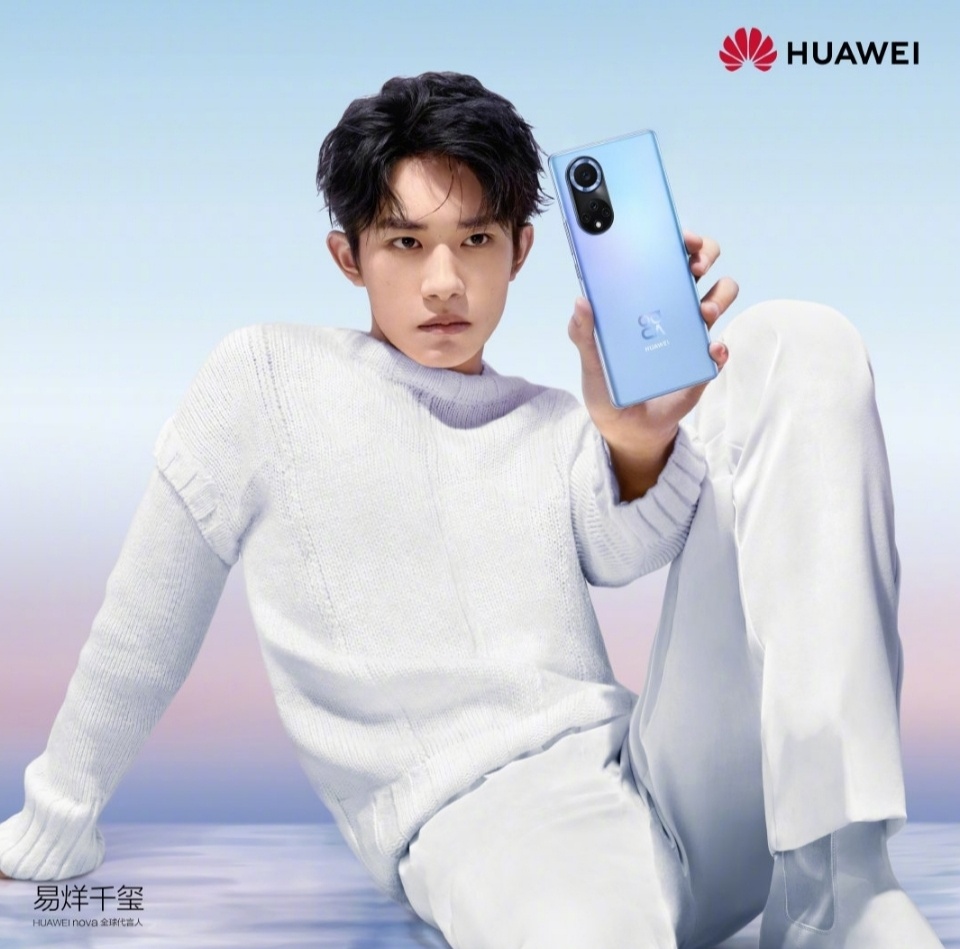 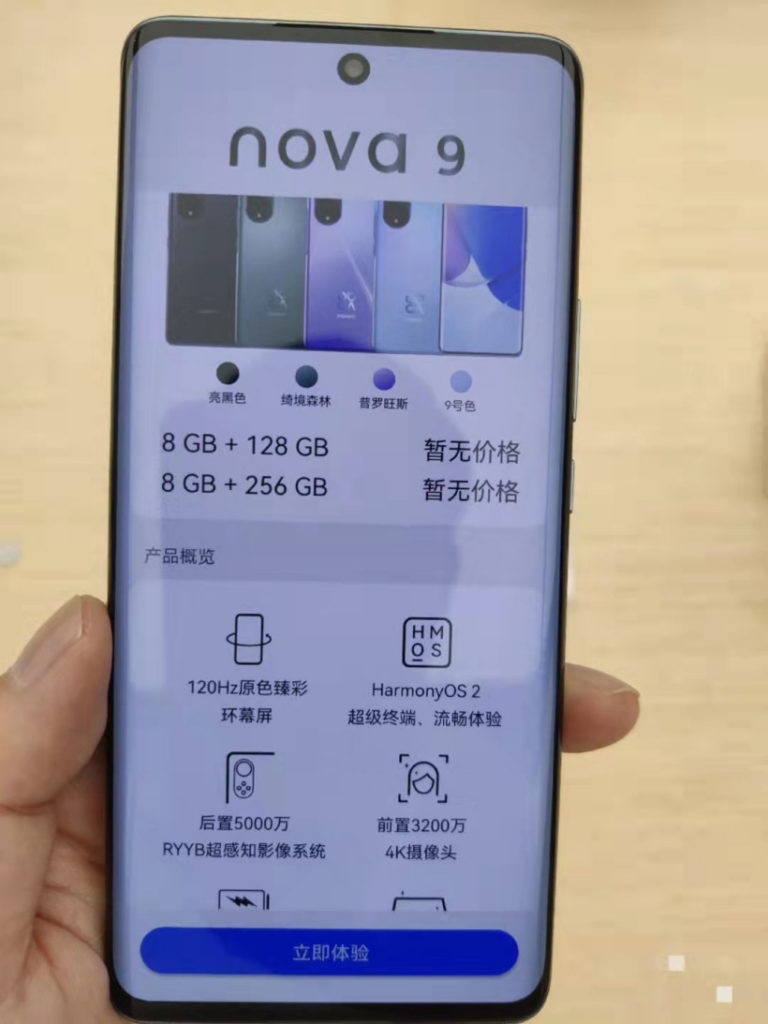 According to the previous leaks, the Huawei Nova 9 will feature a 6.57″ 10-bit OLED display with a refresh rate of 120Hz. The refresh rate is adaptive and supports a touch sampling rate of 300Hz sampling rate. It is also known that it will sport the Snapdragon 778 chipset but will not support 5G. The chipset will pair with 8GB of RAM and 128 & 256GB of storage. It comes with a 32MP selfie camera. At the same time, it gets four rear cameras with a primary 50MP RYYB sensor. 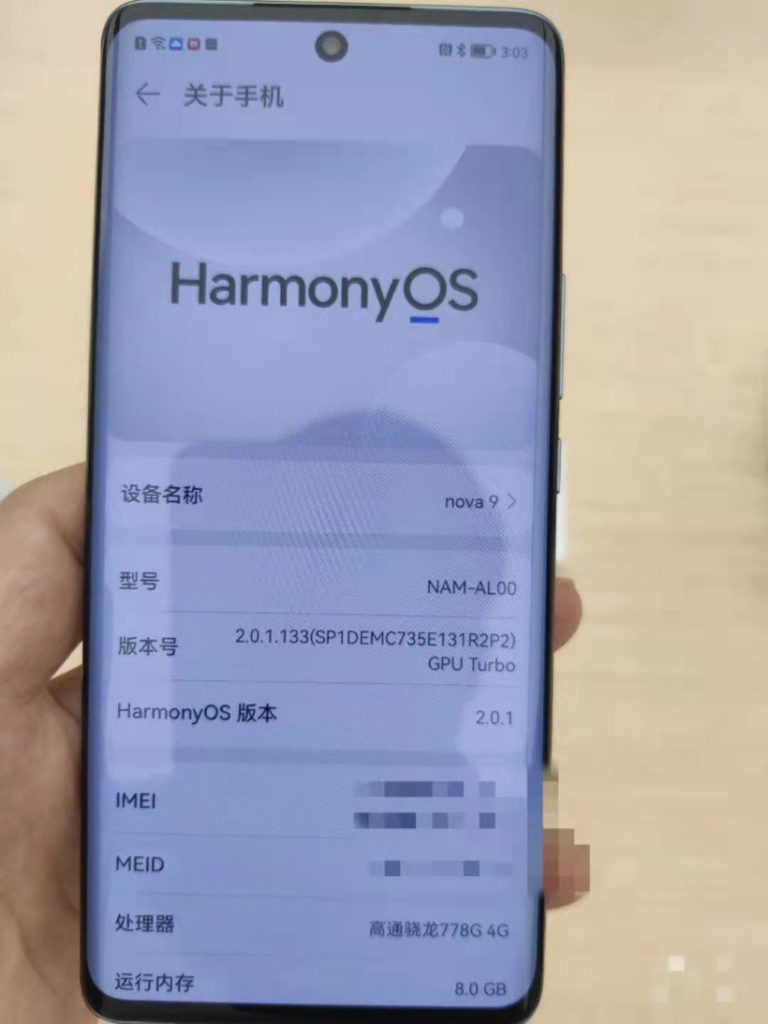 It is followed by an 8MP ultra-wide-angle sensor and two 2MP sensors, which are macro and depth, respectively. The device will feature a 4300 mAh battery and would come with support for 66W fast charging tech. And when launched, it will be available in four color options. These are bright black, beautiful forest, Provence, and a special edition that reflects the effect of nine colors. However, the pricing of the device is unknown at the moment. 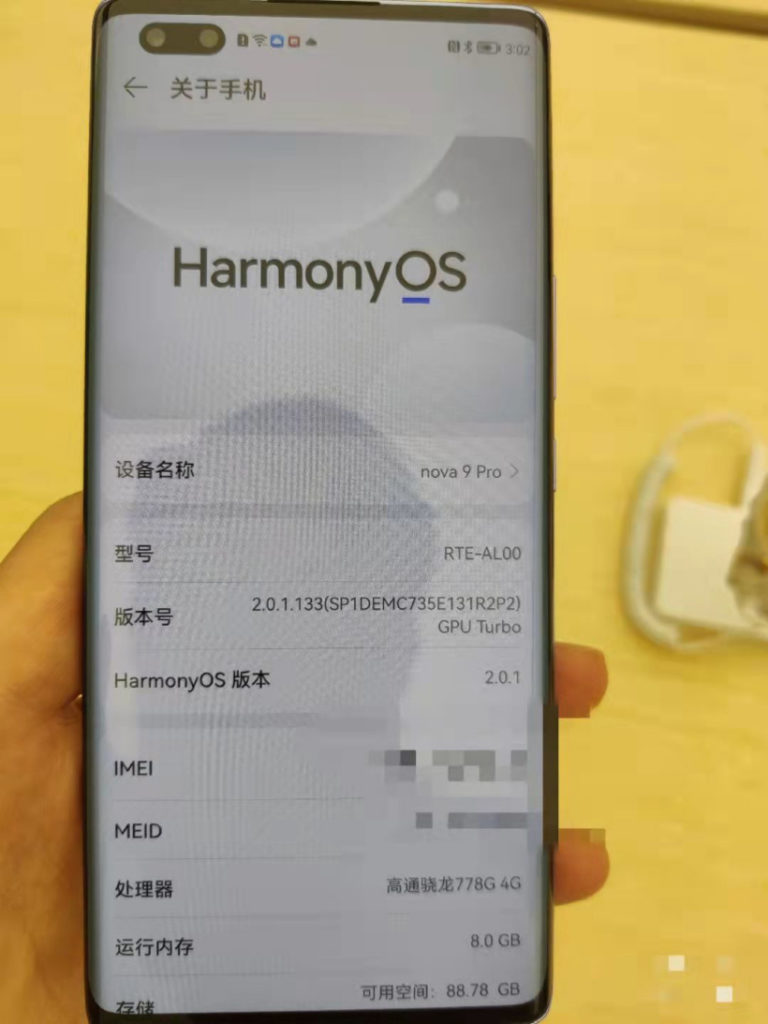 It will feature a larger 6.72-inch OLD curved screen with the same features as the vanilla Nova 9. Further, it also gets the same chipset and storage options. The rear camera will be the same as that of the vanilla model. However, when it comes to the front cameras, it features a dual front camera setup. That said, it will sport two 32MP sensors that can record 4K videos. 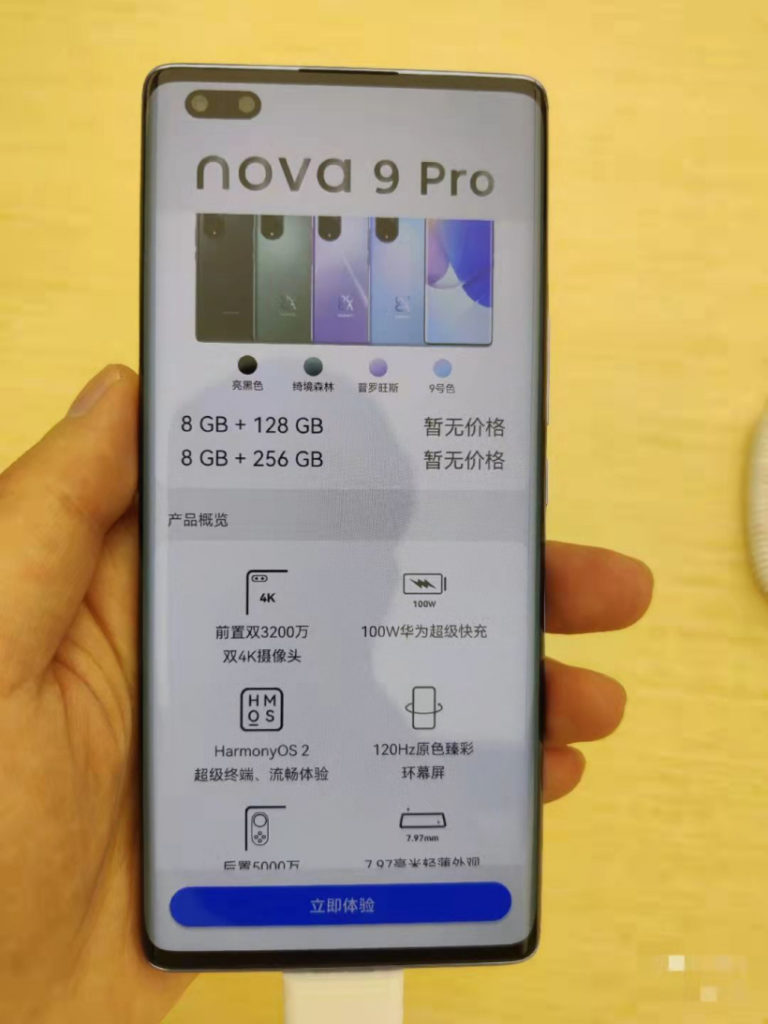 It will have a dimension of 163.4mm × 74.4mm × 7.97mm and will weigh around 186 grams. However, it packs a smaller 4000 mAh that supports a massive 100W Huawei super-fast charge tech. The device is supposed to be available in the same color options as the vanilla model.