Usually, Huawei launches two flagship lines each year. The P series models come in the first half, while the Mate series is considered to be the second-half flagship line. As for the P series, it is usually announced around the time of MWC (Mobile World Congress). However, this year, likely everything will change. It’s mainly related to the company’s current situation. We mean the US ban and its results. But we should also take into consideration the covid-19 epidemic that has pushed everything back. However, we are regularly getting some news about the HUAWEI P50 series.

Recently, @RODENT950, who is mainly focused on Huawei news, tipped that the Huawei P50 series will include three models, just like the last year’s HUAWEI P40 series. Though there is no certain information concerning their names, we guess they will be:

Apart from this, we learned that these smartphones will enter mass-production phase soon as their design has been finalized. At last, the Huawei P50 series’ USP (Unique Selling Proposition) will be screen quality, new ultra sensing camera system, and gaming capabilities. 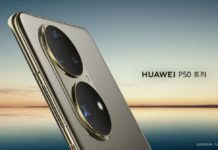