The Huawei Mate 40 high-end smartphone series is expected to be launched around October this year. Also, Huawei will launch a brand new foldable smartphone during the same period. Some time ago, there were rumors that Huawei chose inner folding design similar to the Samsung Galaxy Fold. Today, LetsGoDigital said that Huawei applied to the EUIPO (European Union Intellectual Property Office) for the trademark of ‘Huawei Mate V’ a few days ago on July 3. The latter is classified in category 9, and its description includes smartphones, mobile devices, etc. 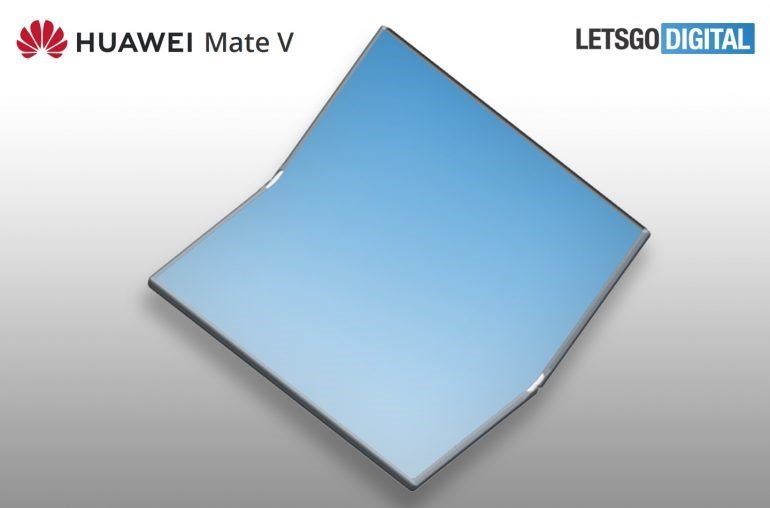 Although it is unclear which product Huawei will use this trademark for, the source thinks it is likely to be the new foldable screen machine coming this year. There are very few details about the machine. But it is reported that Huawei will choose the inner folding design. In addition, there is news that it will have a 120Hz screen. 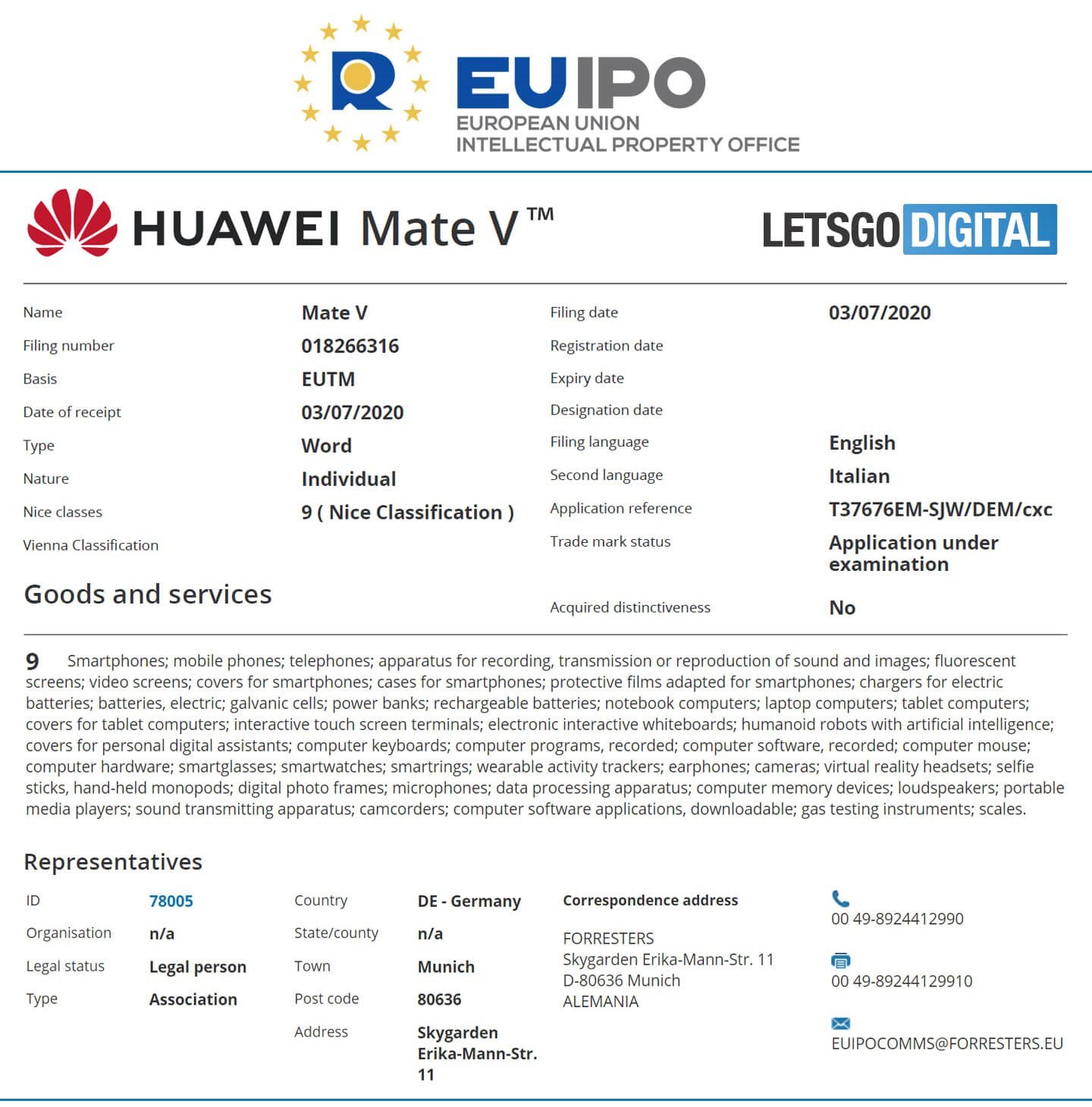 In fact, the Chinese tech giant has applied for a number of folding screen smartphone design patents. The same source, LetsGoDigital reported about a Mate foldable smartphone with a zoom camera and two screens. Whether this will be the actual design of Huawei’s latest folding smartphone remains to be seen. 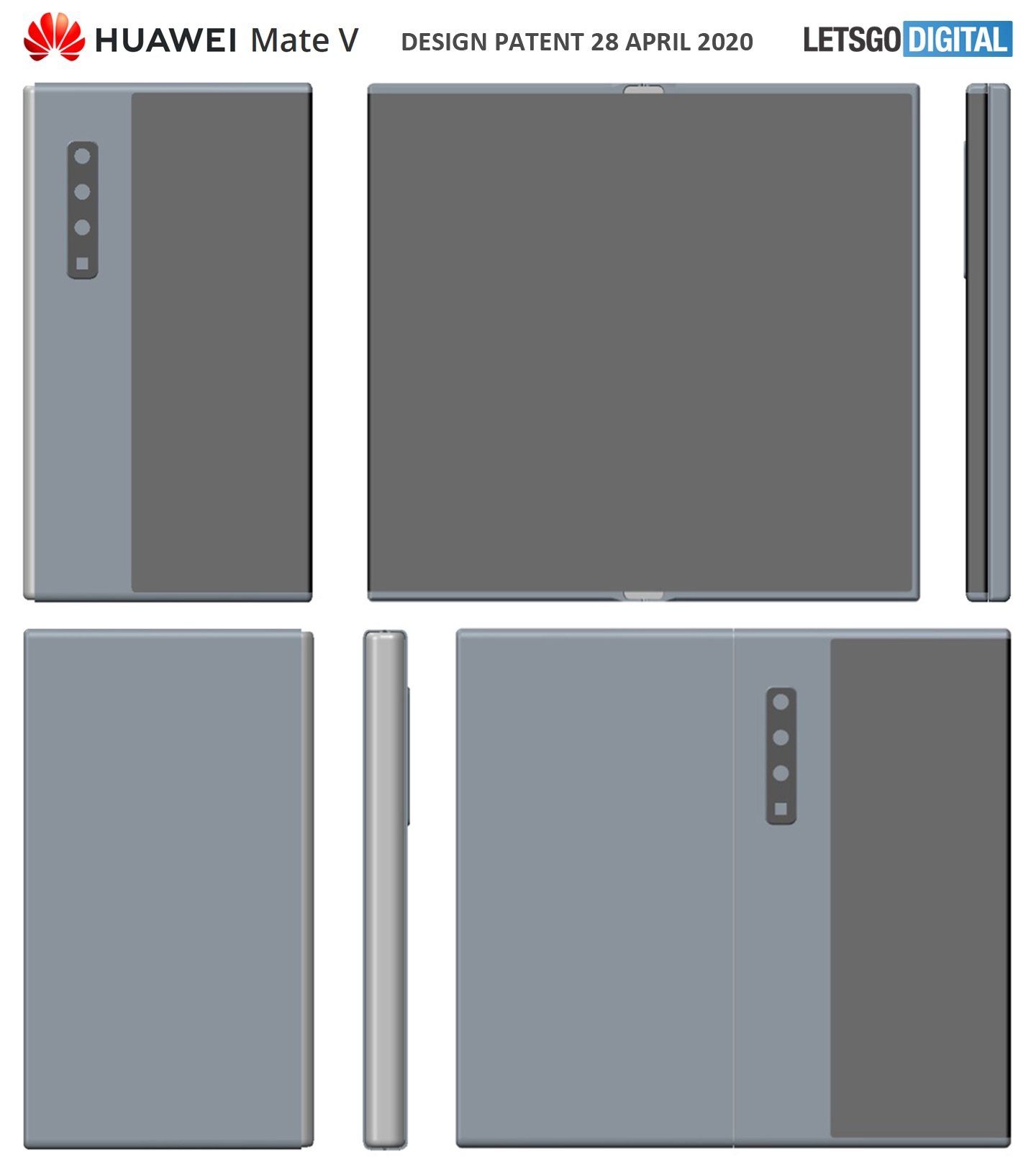 Anyways, as for the Huawei Mate 40 series, there are too many leaks and rumors concerning its biggest highlights. Say, we know it will be packed with the 5nm Kirin 1020 SoC, a 108MP ultra-clear camera, and what’s more interesting, it should run its own Harmony OS. As you know, Huawei is in the entity list and can’t use any hardware or software made in the US. So the Chinese company has had to make its own system.