A few years ago, we could only dream of a foldable screen smartphones. But now they are real and there are a couple of form factors we can choose from. Of course, this technology is developing. As for today, we have heard that China-based Huawei will unveil a new display technology soon.

Recently, LetsGoDigital reported that Huawei has filed a trademark application for a new type of display. In fact, we are dealing with two names of MateDisplay and MateScreen. But this is all we know about the new technology. However, there are some rumors and speculations concerning this technology. Say, it’s assumed to be for the next-gen MateBook X laptops or new foldable smartphones. 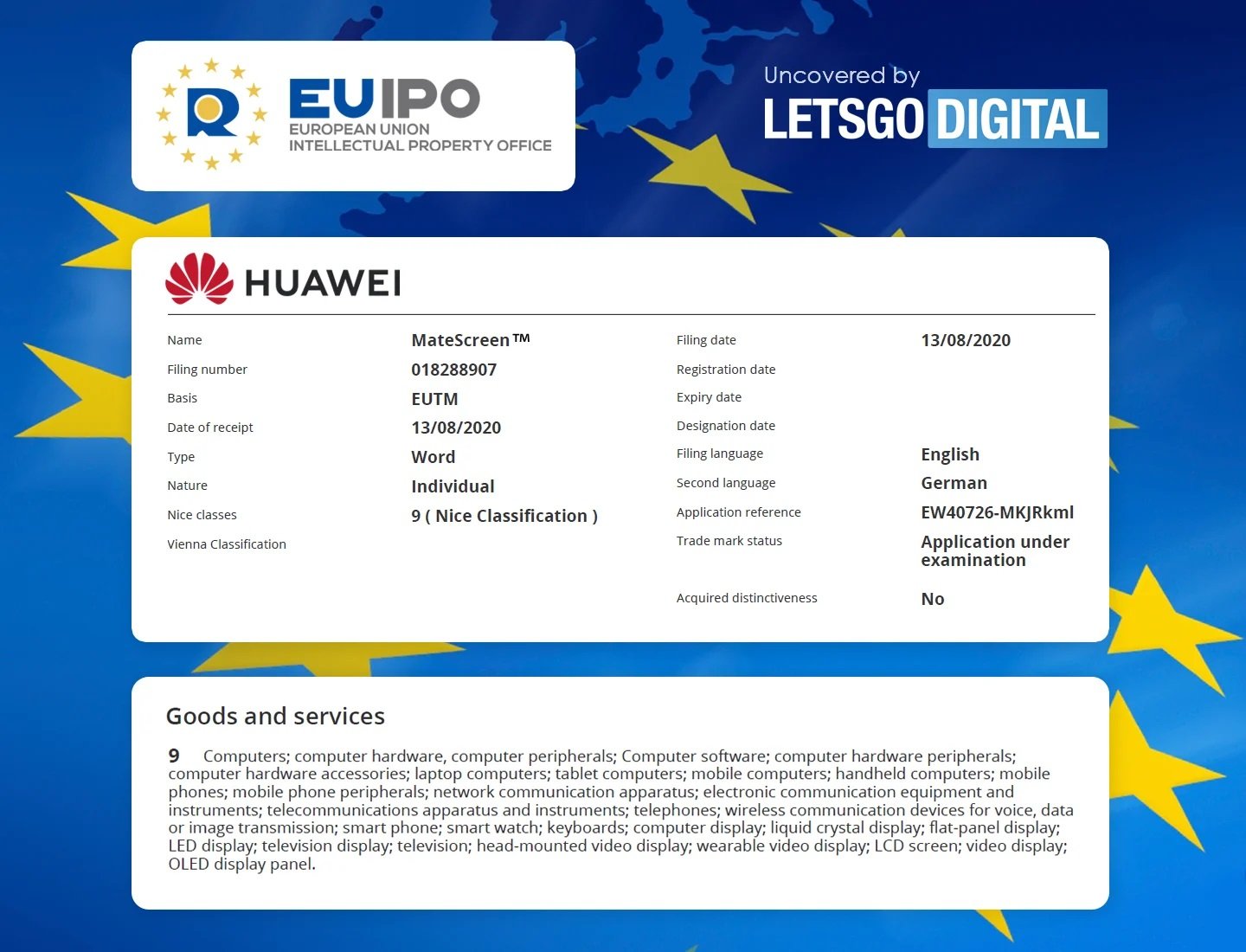 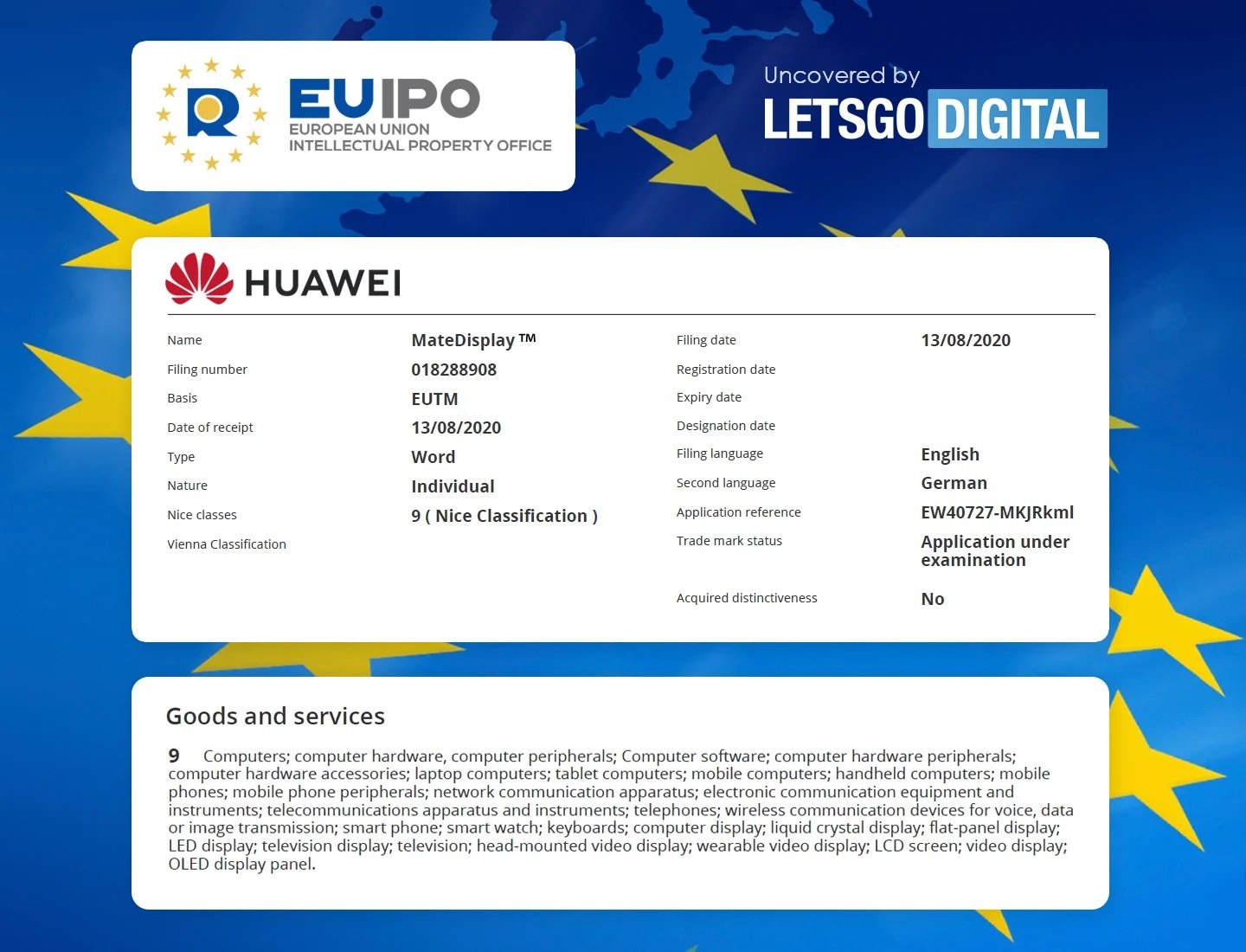 But it’s not difficult to guess that the aforementioned assumptions are based on the names of the trademarks. This also means that the MateDisplay and MateScreen screens will be limited to the Mate lineup.

Most of the reports hint at the new display being used in the upcoming MateBook X laptop. But there’s every reason to think it may appear on the upcoming foldable smartphone as well. The Huawei Mate X or Mate Xs have an outwards folding screen. Their successor will have an in-ward folding display. And we have every reason to think this new smartphone will use a new type of screen.

The Huawei Mate lineup is very popular. It is a symbol of flagship smartphones. But the company is now looking to expand the lineup. Therefore, we will see more products under this name. Say, we should see wireless earphones in the form of MatePods or MateBuds and a docking station named MateStation. Finally, there should be a smartwatch.