Huawei Technologies Co., Ltd. has applied for the “NOVA Watch” trademark. The application time is January 11, 2021.

The trademarks is classified into 9 types of scientific instruments, and the status is pending.

Anyways, Huawei’s application for registration of the trademark may mean that its Nova series will add new watches. 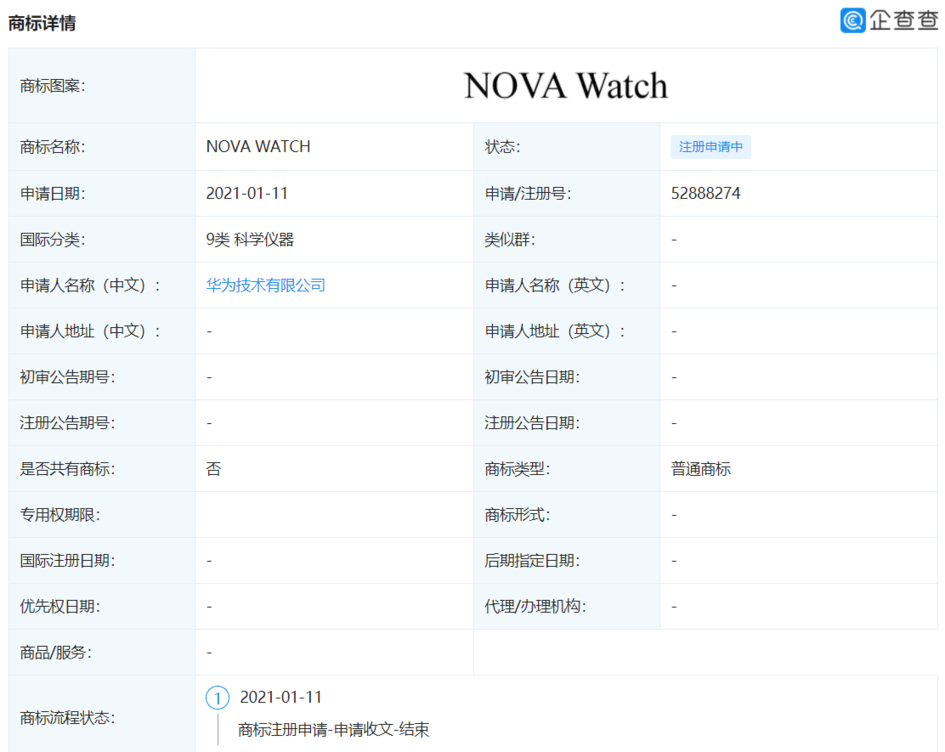 Huawei’s Nova series of smartwatches will focus on fashion as their main selling point, and their design will be more in line with the aesthetic choices of young people.

Huawei’s Nova series was first launched in 2016. With its fashionable appearance and popular celebrity endorsements, it is favored by the new generation of consumer groups. The word “Nova” is derived from “innovation” and “bossanova” (passion), which means “new” in Latin, and “new star” in astronomy, meaning “the brightest star”.

Some users said that the reason for Huawei’s registration of the “NOVA Watch” trademark may be related to the independence of Honor. Huawei wants to expand its product line through the expansion of the Nova series and launch other products besides smartphones.

In the future, Huawei is expected to win more global wearable market share with the Nova series of smartwatches.