According to a patent filed by the Russian Federal Industrial Property Office, Huawei seems to be preparing a new smartphone rear camera layout. This information comes our way from 91mobiles. And it really seems we will see a new kind of rear camera module on the upcoming Huawei handsets.

The patent picture shows the central axis rectangular camera module on the back of the phone. It can accommodate four camera sensors, two smaller sensors, and an LED flash. Interestingly, no Huawei smartphone has adopted such a camera design to date. This simply means it may appear on Huawei’s upcoming flagship or mid-to-high-end models.

In addition, there is a pill hole for a selfie camera in the upper right corner of the front of this phone. But if the rear camera design can’t be found on any existing smartphone, the front camera look has been seen on Huawei Nova series phones, such as the Nova 6. 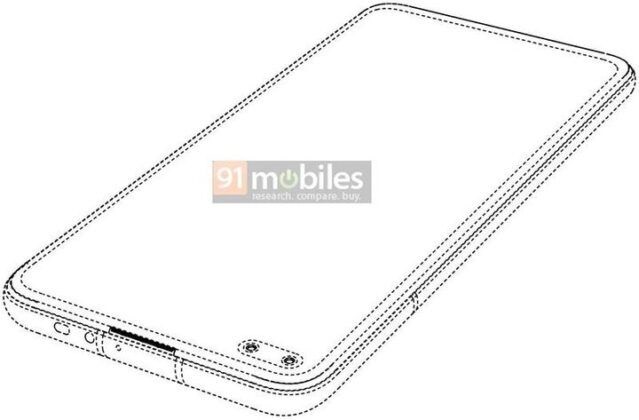 The Huawei smartphone screen frame in the patent is very narrow. The power button seems to integrate a fingerprint sensor. And the rear panel is slightly bent to the edge, possibly for a better grip. The USB Type-C interface, speaker grille, main microphone and SIM card slot are located at the bottom. The top edge seems to accommodate an auxiliary microphone for noise reduction or an infrared transmitter.

This phone does not have a 3.5mm audio jack, and the rear camera module does not seem to stand out much. Whether Huawei will actually launch a phone with this rear camera design still remains unknown.

Oppo Reno5 series smartphone is rumored to use Snapdragon 870 chipset...

Nokia 2.4 officially launched in India with MediaTek Helio P22 and...