2020 brought many difficulties to all industries. And the smartphone business is no exception. But Huawei and many others could overcome this situation and continue their research and development of new products and technologies. For example, the Huawei P40 (Pro) was released in the Netherlands earlier this year – without Google services. The Mate 40 series is also expected to come later this year. In the meantime, the Chinese manufacturer is developing new models, with a futuristic design. Particularly, it’s rumored Huawei is working on a borderless smartphone with a highly rounded display. But what’s more interesting, this handset is going to support an under-screen camera. Of course, there is still no official confirmation, but we can see this from two patent applications approved today. 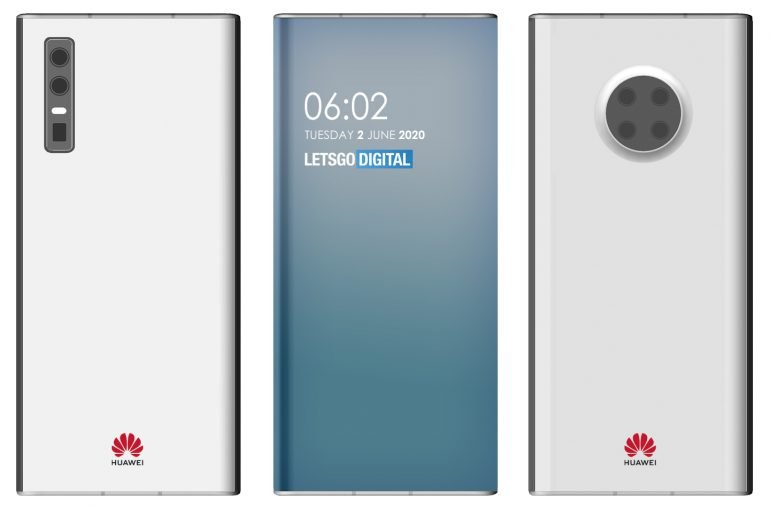 Huawei phones with an under-screen camera

As the patent documents show, they were filed on October 28, 2019, by Huawei Technologies at the CNIPA (China National Intellectual Property Office). And they were published/approved just today. Each of them includes 7 product images, showing unreleased smartphones by Huawei. In fact, both phones look almost identical. The only eye-catching difference is the rear camera system. 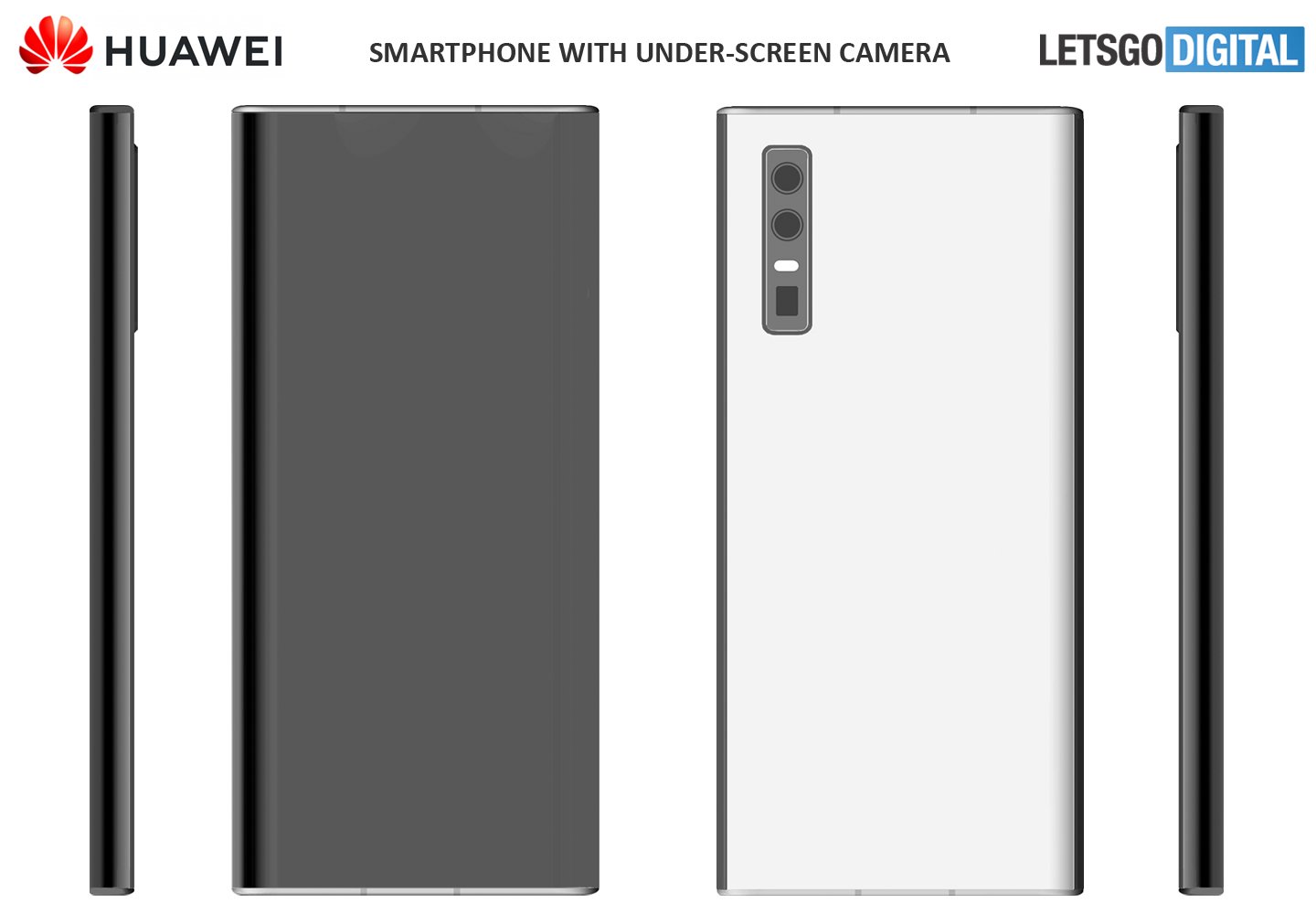 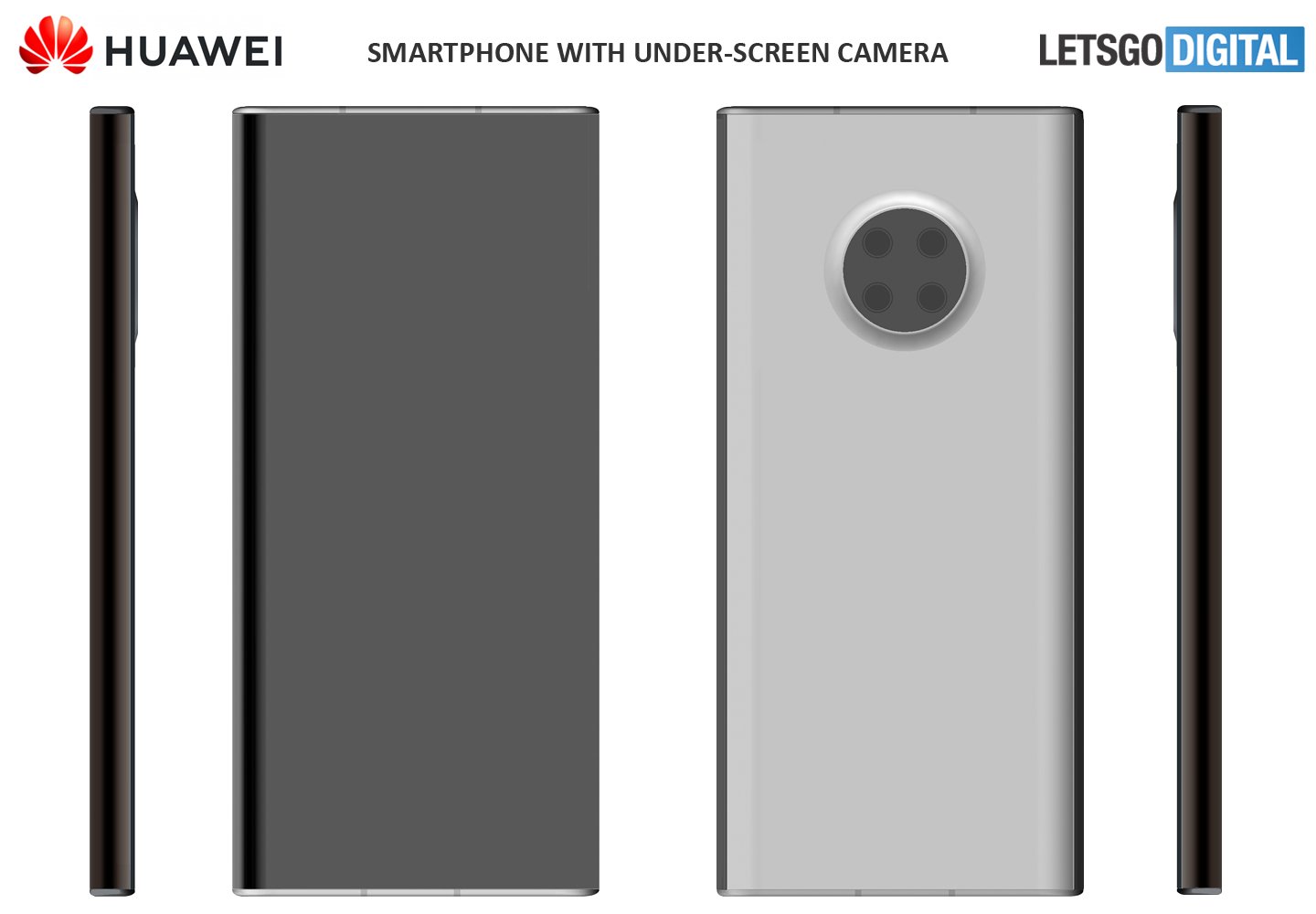 As we can see, they are very futuristic looking phones. Both come with true full-screen design. The screen extends very far to the sides – further than with the current waterfall display. We also can’t see any physical buttons on the sides. The only key is the power button placed on the top. And if you wonder how the volume is adjusted, Huawei has long used the principle called up virtually via the sidebar. On the bottom, we can find a USB Type-C interface.

However, there is no front camera opening on the front. The top side doesn’t show any structure or lines that could hint at a pop-up camera design. So there is every reason to think these Huawei smartphones will come with under-screen camera technology.

There have been a few companies showed prototype phones with an under-screen camera. When talking about this technology, the first brands coming to our mind are Oppo and Xiaomi. And though Xiaomi has officially announced this technology is not mature yet to be used in final products, we think it will come to the market very soon. And who did say Huawei can’t outrun its rivals?