MediaTek’s Dimensity series chips have made a huge stir around them. But this is not accidental. We mean Dimensity processors are considered to be the best/cheapest rivals of the Snapdragon 5G chip. They also bring new technologies to the lower niches. Moreover, smartphone makers with less popularity could afford themselves ordering these chips and making competitive products. But what we couldn’t imagine is that Huawei will someday use these chips in its products. We know Huawei is developing its own SoCs. So there is no reason to launch a handset powered by other chips. At least, at the moment, this is not true because today, a new Huawei model DVC-AN00 appeared on the Geekbench platform, equipped with MediaTek’s MT6873 SoC. The latter is the Dimensity 800, folks. 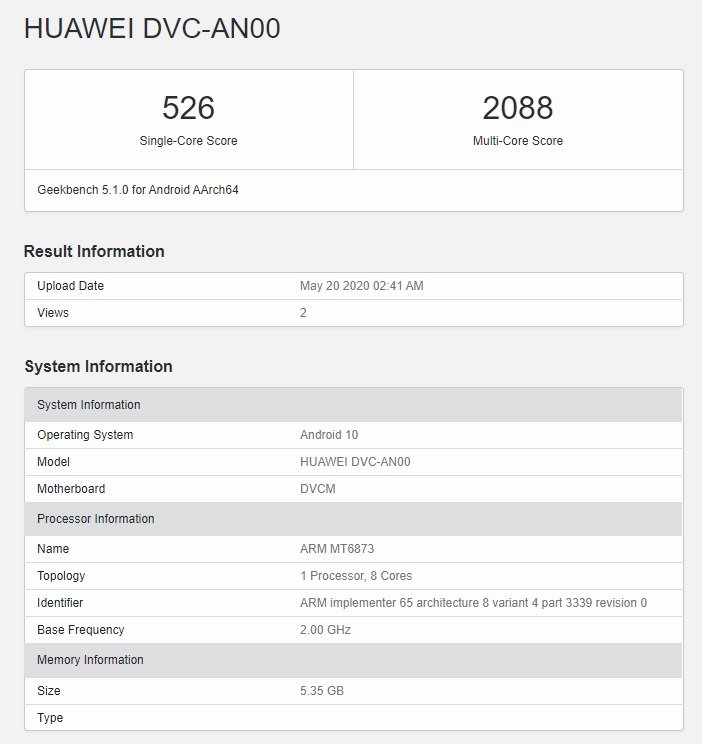 This afternoon Honor released the “Super Flagship” Honor X10 series. Honor President Zhao Ming was asked in an interview after the meeting whether he considered MediaTek’s 5G SoC. ‘MediaTek has always been Honor’s cooperation partner. Honor Mobile will use MediaTek 5G SoC in the future.’

By the way, this series chips have already managed to appear on a few models. Of course, the first is the OPPO A92s. But it also comes inside the Redmi 10X. The latter competes with the Honor X10 powered by the Kirin 820.