Canalys has released a research report this Friday. In it, the market research company says that due to the impact of the current epidemic of the new coronavirus, India’s smartphone shipments in the second quarter fell by 48% year-on-year. Thus, it sets a record for India – this is the smartphone market’s largest single-quarter decline in a decade. In the second quarter, Chinese branded smartphones had nearly 80% market share in India. And Chinese brands accounted for three seats in the top four rankings. They are Xiaomi, VIVO, and OPPO, ranking first, second, and fourth. 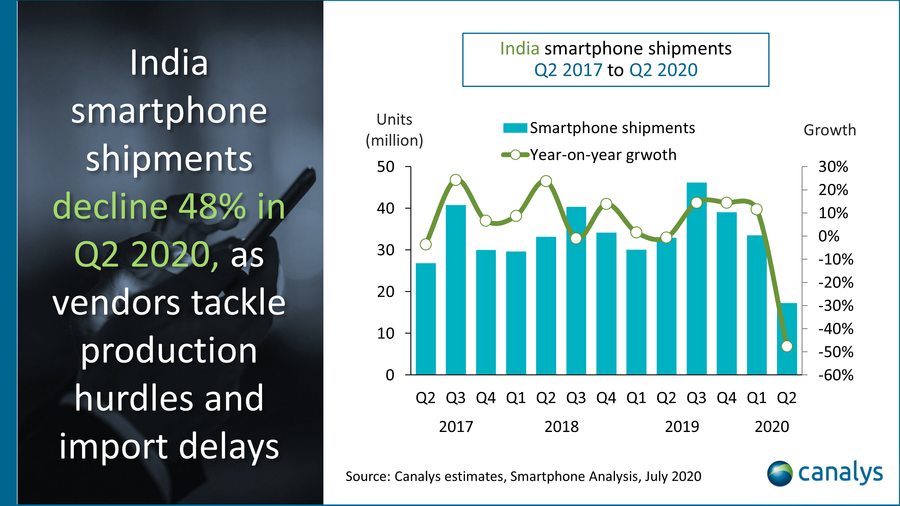 The reason for this decline is mainly due to the current new coronavirus epidemic. As of now, more than 1 million cases of new coronavirus infection have been diagnosed in India.

In order to curb the spread of the new coronavirus, India ordered a nationwide lockdown at the end of March. It also required all stores across the country to temporarily suspend operations except for some stores selling groceries and medicines. Even e-commerce giants such as Amazon and Flipkart have been banned from selling smartphones and other products classified as ‘non-essential’ by the government. 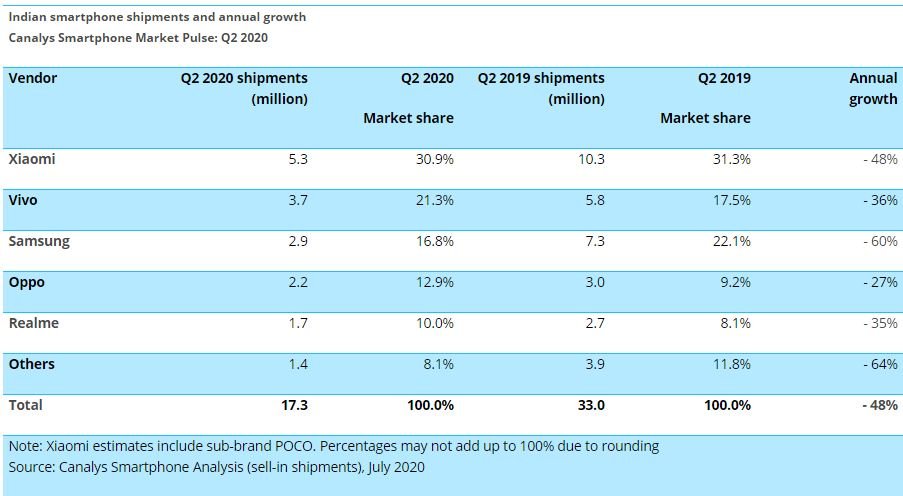 The long-term lockdown lasted until mid-May, and after that, the Indian government believed that the delivery services of other stores and e-commerce items could resume operations in most parts of India. Judging from the strictness of the Indian government’s blockade order, we can understand why the smartphone market in India has declined so severely in the second quarter.

‘It’s been a rocky road to recovery for the smartphone market in India,” said Canalys Analyst Madhumita Chaudhary. “While vendors witnessed a crest in sales as soon as markets opened, production facilities struggled with staffing shortages on top of new regulations around manufacturing, resulting in lower production output. The fluidity of the lockdown situation across India has had a deep-rooted effect on vendors’ go-to-market strategies. Xiaomi and Vivo have undertaken an O2O (offline-to-online) strategy to support their massive offline network. Online channels, too, while seeing a positive effect of the pandemic on market share, have seen sales decline considerably.’

In recent weeks, almost every smartphone seller has launched new smartphone products in India. By this, they were hoping to recover from the downtime of the epidemic as soon as possible. It is expected that in the next month, various smartphone vendors will launch more new products.