According to Max J., who has the best contacts from the company’s environment, OnePlus will shortly launch a new series of cheaper smartphones. The name ‘Nord’ will play an important role because the devices will obviously start under a kind of sub-brand.

It is not yet clear how these models will be called – Nord by OnePlus or OnePlus Nord. There may be other possible variants such as Nord Mobile or another combination. And though previously, we have heard about the OnePlus Z, now, it turns out the company will be using this variant. Moreover, it’s been registered for trademark protection across a large number of countries last year.

Which niche will the OnePlus Nord aim at?

According to Max, the new OnePlus smartphone, among other things, should offer a 5G modem at a lower price. Personally, he thinks it will be marketed as ‘Nord by OnePlus. Although this designation alone indicates that the name should not only stand for a single device. OnePlus had already indicated a few weeks ago that it wants to bring more products onto the market as part of an entire ecosystem of cheaper devices.

This basically makes it quite clear where the trip is going. With a new mid-range smartphone, OnePlus is expanding its product range beyond the two now relatively expensive flagship models of the OnePlus 8 series. Also, it is trying to appeal to more price-conscious customers. Ultimately, it wants to compete with manufacturers such as Xiaomi, OPPO, and Huawei. They all are targeting the middle and lower price segments with their own subsidiary brands such as Redmi, Realme, and Honor. 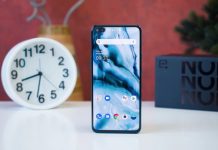 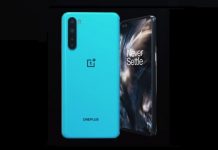