Have you ever wondered about your phone getting hacked by just a simple text message? Well here is some news for iPhone users. How hackers can hack your iPhone with just a simple message. If you’re using an iPhone then you must update it to “iOS 9.3.5” because your phone may get hacked, If you’ve not updated it. Actually, there is an Israeli firm behind this whole hack thing. They are selling zero-days flaw to hackers which will grant the hackers to hack your iPhone remotely.

Apple has very serious security flaws which are available in the latest iOS version. With the help of it. Now hackers can remotely hack your iPhone with just a simple text message. Also, they can gain access for identifying your device passwords, So updating your iPhone’s iOS version will be a smart thing in order to not be a victim of these hackers.

This information is legit according to the sources, A human rights activist’s iPhone was hacked with the help of zero-days flaw. His name is Ahmed Mansoor and he is an internationally well-known Emirati of human rights defender also he is the recipient of Martin Ennals Award. On the 10th and 11th of August, his phone received an SMS which had links “new secrets” about the detainees who were tortured in UAE jails. 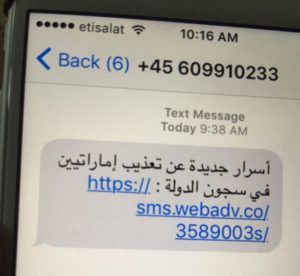 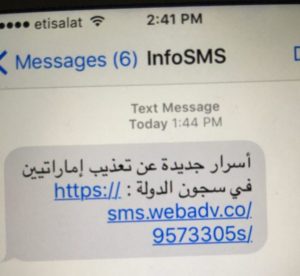 Apple stated that “We were made aware of this vulnerability and immediately fixed it with iOS 9.3.5”. And later they added, “We advise all of our customers to always download the latest version of iOS to protect themselves against potential security exploits”.

Apple users are requested to update their devices to the latest version in order to avoid these attacks. And if you haven’t got an update then avoid these messages.