Today, iQOO announced that the new generation iQOO 7 launch conference will be officially held on January 11, 2021. As the poster shows, the machine will support the ‘full-sensing touch’ function.

This afternoon, AnTuTu said that a new VIVO model ‘V2049A’ was found in the background. Judging from the configuration, it may be the upcoming iQOO 7. 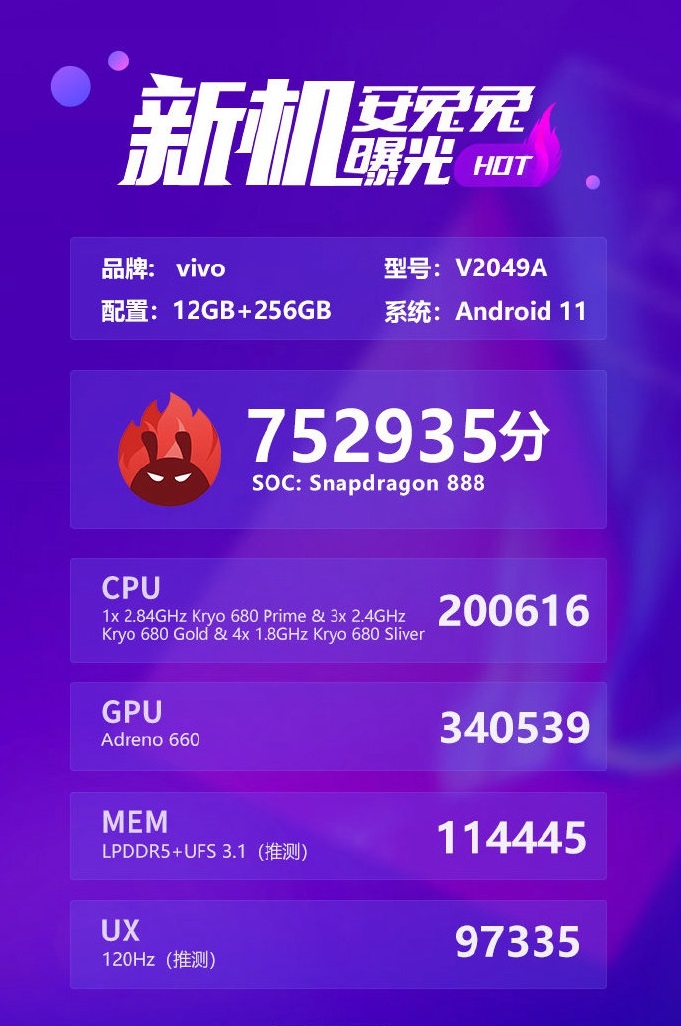 In terms of configuration, the new machine uses a 2400×1080 resolution display, built-in 12GB memory and 256GB body storage space, and is equipped with the latest Snapdragon 888 mobile platform. Well, this is what we can grab from the screenshot.

In terms of running points, the current score reported by AnTuTu backstage is 752,935 points, which has exceeded the running points of the Snapdragon 888 reference design prototype announced by Qualcomm.

Among them, the performance of the GPU is very eye-catching, which is about 20,000 points higher than the performance of the Qualcomm Snapdragon 888 reference design prototype. This means that the iQOO 7 is very good in terms of heat dissipation and will help liberate more of the potential of the Adreno 660 GPU.

We should note that the current results detected in the background should still come from the engineering prototype. We do not rule out the possibility of further increase in the running scores of the mass production version in the future. 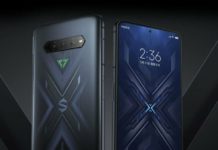