iQOO won the race for the Dimensity 1000+ chip. The latter is the best alternative to the Snapdragon 865. We can even say it’s better in many aspects. And while Redmi/Xiaomi is working hard to launch their own models with the Dimensity 1000+, VIVO’s sub-brand is going to release another handset from the Z1 series. The new smartphone is supposed to be called the iQOO Z1x. The biggest highlight of this handset is the Snapdragon 765G chip. As ‘G’ implies, it’s aiming at gaming. Anyway, today, our protagonist has been leaked in a spy photo. It shows the phone will come with a monster-size 5000mAh battery. 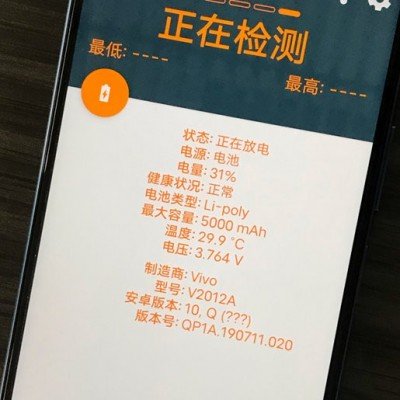 Apart from this, not that long ago, we learned that he iQOO Z1x will be equipped with a 120Hz high refresh rate screen. It is worth mentioning that the iQOO Z1x has previously passed 3C certification. So, from the corresponding documents, we could see the machine will support 33W fast charge.

Well, we understand the iQOO Z1x will be the slightly modified variant of the original model. So recalling the key features of the iQOO Z1 could be quite useful in this situation, when we don’t have much information about the upcoming model.

The latter is considered to be the world’s first handset powered by the Dimensity 1000+ SoC. It is known as the world’s first chip to support a 144Hz refresh rate. So, it wasn’t surprising to see this phone supports a 144Hz refresh rate. As for the rest of the features, the iQOO Z1 came with an ARM Mali-G77 GPU and 6/8GB RAM LPDDR4X RAM. This phone houses a Multi Turbo 3.5 for exceptional gaming performance for elongated hours as liquid cooling heat dissipation is also a part of the whole system.  There are multiple storage variants including 6GB + 128GB, 8GB + 128GB and 8GB + 128GB internal storage. In fact, we are waiting for similar features to ensure smooth gaming. But this handset is powered by a 4500mAh battery, which supports 44W Super Flash Charge.