Kola Super-Deep Borehole: Relating to the vast universe our earth is a small point of creation on which we are living. Geography is the subject that gives you the knowledge about the Earth and much more about the planets. There are many secrets obtained from the surface of the Earth.

The scientists decided to dig a hole of about 15,000 meters below the surface of the earth to find what is inside the globe. While digging the hole, a strange thing happened, the hole was not able to pass through 12,262 meters or 40,230 feet deep. This activity took place in the year 1989. After this, the scientist named the core of the earth as the ‘Door to Hell.’

After the digging process of 26 years, they found a lot of underground water in Kola Super-Deep Borehole. Experts identified hot mineralized water and also gases like helium, hydrogen, nitrogen, and even carbon dioxide (from microbes) was present in the hole. According to the scientist at 9,000 meters, they found granite. Hence, they thought basalt will also be present with granite, but surprisingly there was no basalt.

The project came to end in 2005. A bolted metal cap remains in the project area to cover the hole. You should imagine, what will happen if they would have dug deeper. May be, that will be the next step for scientists to know the earth completely. 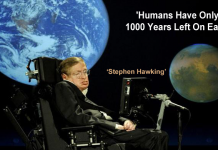