Lenovo Legion gaming smartphone is all set to compete against Asus ROG Phone 3, as it is also scheduled to launch on July 22 at 7:30 PM (UTC +8). The company officially teased the launch date and presence of Snapdragon 865+ SoC via Weibo official handle. Its specifications were revealed yesterday via a Geekbench listing, and to verify those the smartphone surfaced on TENAA. 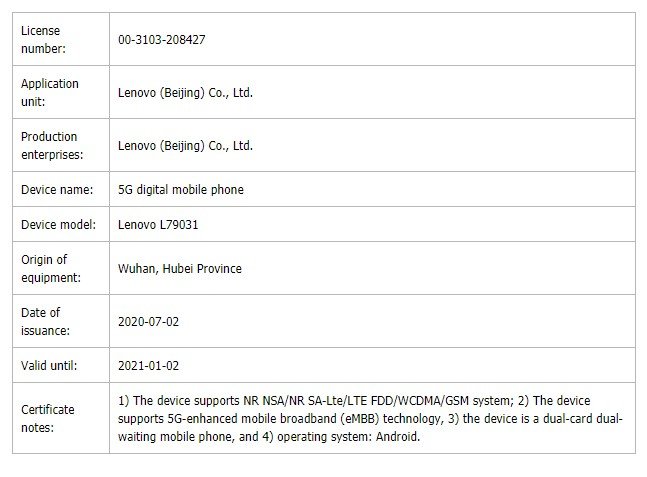 All the specifications of the Lenovo Legion (L79031) are not revealed yet on TENAA website. But, it confirms the presence of 5G support. We have to wait for a few hours or days before we get all the details of the smartphone via TENAA.

As per previous leaks, the smartphone will house a Full HD+ resolution display with 270Hz touch sampling rate. It will feature a 16GB LPDDR5 RAM and 512GB of UFS 3.1 internal storage. The latest Qualcomm Snapdragon 865+ will further enhance the performance as it has overclocked GPU and CPU.

The new chipset houses support for WiFi 6E, Bluetooth 5.2 and official 144Hz refresh rate. So, we expect it to carry some of these powerful features. Let’s wait and watch for the official launch on Jully 22.