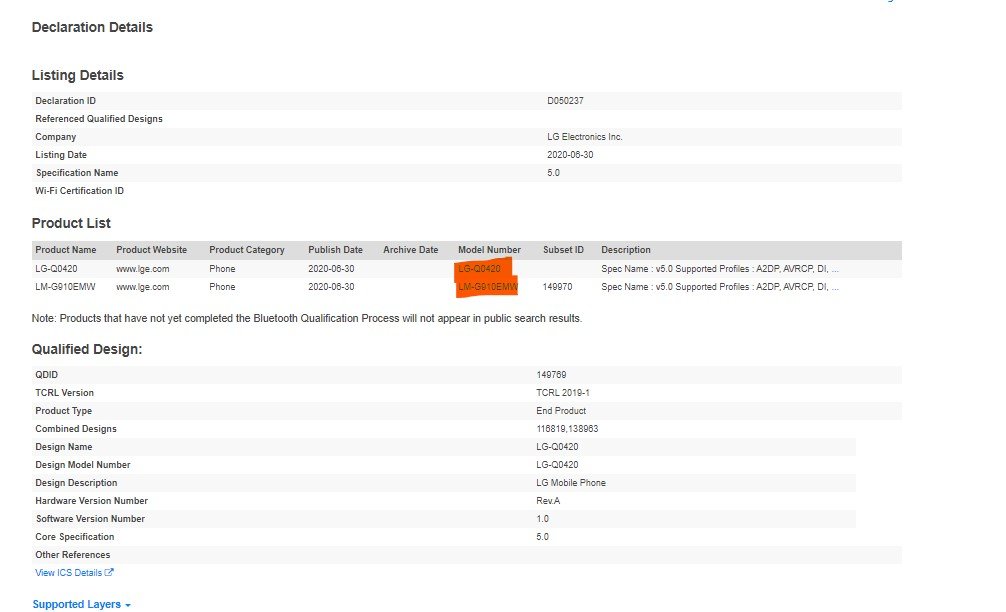 See More: LG Electronics testing a ‘Hybrid Device’ which can roll and fold

LG-Q0420 and LG LM-G910EMV appeared with Bluetooth 5.0 support. There’s hardly any other information about the device apart from the model number and Bluetooth version.

Upon extensive research about the device, we have found LG-Q0520 device which is named as LG Q52 which is ex[ected to launch soon in India. We need some more information in order to comment about it after connecting dots.

We hope the new LG-Q0420 device information to soon reveal in the upcoming few days.