As for design, the LG Q92 uses a flat LCD screen with a hole in the middle of the upper part of the screen. As you guess, it’s for the selfie shooter. In terms of configuration, the LG Q92 features a 6.7-inch FHD+ hole-punch screen. Inside the hole, we can find a 32-megapixel sensor. 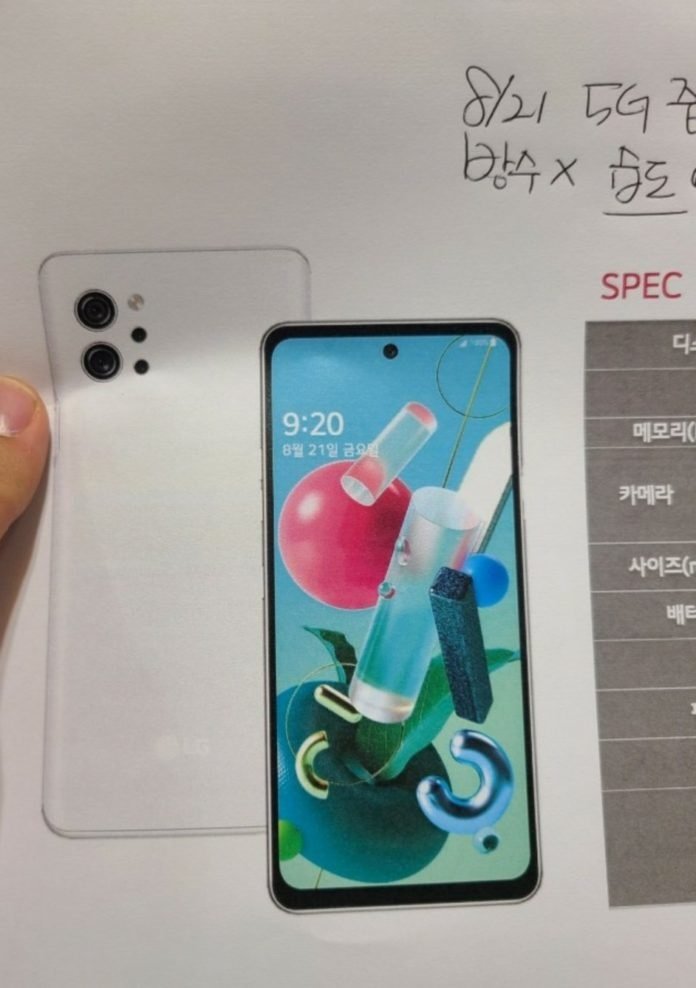 There are two large sensors on the back, two smaller sensors to the right of them, next to the LED flash. The four rear lenses include a 48-megapixel main sensor, an 8-megapixel ultra-wide-angle lens, a 5-megapixel depth sensor, and a 2-megapixel macro camera.

There is a fingerprint scanner on the side that supports LG Pay, which means it has NFC function. The device has the thinnest smartphone frame, curved back, and is equipped with four unique-looking rear camera sensors. LG will provide three colors of ceramic white, mirror titanium, and mirror red. 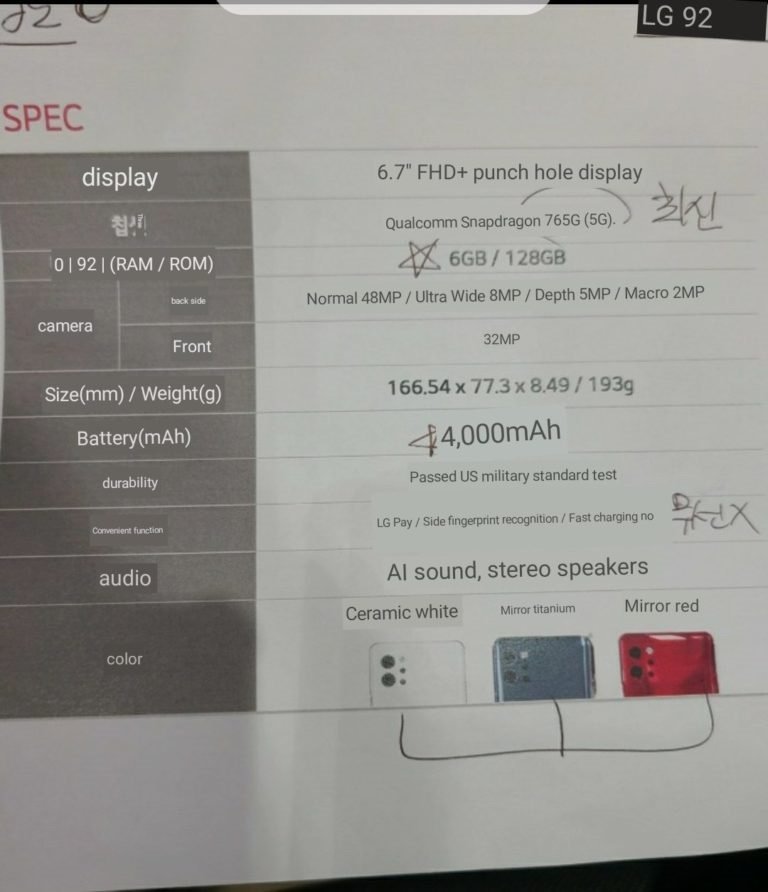 Under the hood, our protagonist hosts the Snapdragon 765G processor. It is paired with a 6GB RAM and a 128GB storage space. The battery has a 4000mAh battery, which supports fast charging.

LG has not announced a release date, but we are waiting for this device to be released this month.