The upcoming LG Velvet smartphone will be released on May 7 with a slew of advanced configurations on the list. As per the revealed reports, the LG Velvet phone will get the push from the Snapdragon 765 chipset and 10W Qi Wireless Charging Consortium. The handset has just passed the wireless charging certification.

Divulging more on specifications, the company says that Velvet will host a rainbow-style 3-camera system on the back. The device will stun avid users with a 48MP main lens, supporting the OIS module.

Further, the triple-camera also consists of an 8MP ultra-wide-angle camera and a 5MP depth scanner. On the face side, the LG Velvet smartphone carries a 16MP shooter inside a sleek waterdrop-notch style at the top of the display.

When it comes to the storage corridor, you will get 8GB memory in the RAM slot and 128GB internal storage. Also, you can expand the space using an external microSD card.

The power department claims to host a 4300 mAh battery along with the wireless charging technique. The physical dimensions of the handset scale at 167 x 74 x 7.85 mm, whereas it weighs 180g.

Considering the price factor, the LG Velvet phone will carry a price tag of KRW 899,800 ($730) (INR 56,000) in the domestic market. However, we have no words about whether the device will be available outside Korea or not. The LG Velvet could kick-start the sales from the mid-May. Stay tuned for further updates. 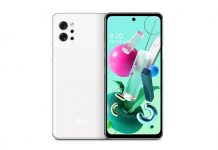 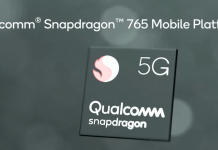