Have you ever imagined, can anyone earn $15million by playing video games and cracking jokes? If you are guessing the answer is no, then you are wrong. PewDiePie, a man has proved this. He played video games, dramatizes to held video games, and cracked irregular jokes.

Don’t Miss: Top 10 Best Budget Headphones Under $30 You Must Try

He gathered $15 million previous years by becoming a member of a crop of You Tubers and his income soon increased to 23 percent from the last year list and the top 12 YouTube celebrities received collectively $70.5 million.

1. PewDiePie – Felix Arvid Ulf Kjellberg was a Swedish gamer when he left his industrial engineering course from the Chalmers University of Technology and focused on YouTube channel PewDiePie. Before working for YouTube he uses to work in a hot dog stand. He was the first man to ever reach 10 billion YouTube views which are now increased to14 billion and his was also named in Time Magazine’s most leading people this year. He has earned approx. $15 million and he has 49,756,391 subscribers till now.

2. Roman Atwood – It took the 2nd place because of its well-known hoax. It earned $7million and has 10,152,692 subscribers. More than 10 million people watched Atwood’s channel to watch the imaginary video in which they sprayed people and made an indoor snow house.

3. Lilly Singh – She stood 3rd with 1.3 billion channel views. She has 10,296,350 subscribers. She joined YouTube to get relieve from her depression and then she became a multi-millionaire. This channel was introduced in 2010.

4. SMOSH – It was started by Ian Andrew Hecox and Daniel Anthony Padilla. They earned $7million and has 22,474,510 subscribers. They make American sketch comedy and they started SMOSH in 2005.

5. Tyler Oakley – Tyler Oakley tied for the fifth position this year. His name was included for the first time on Forbes list this happened because he signed a deal with Ellen DeGeneres to make his individual digital talk show. In his videos, he guesses abs of stars featured with Tom Daley.

6. Rosanna Pansino – She is the host of Nerdy Nummies, a cooking show. She has named her to show original Geeky Cooking Show. She also stood in 5th position. She earned $6million and has 7,398,450 subscribers.

7. Markiplier – He earned $5.5million and has 15,523,276 Subscribers. He came 7th in the competition and is known for online pseudonym Markiplier. He left his biomedical engineer for this profession. He shares video game scene for his fans.

8. German Garmendia – His channel is the largely considered channel in the Spanish language. He took the 7th position. He Earned $5.5million and has 30,317,411 Subscribers.

9. Colleen Ballinger – She stood 9th on Forbes list and is also known as ‘Miranda Sings’. She is a tone-deaf singer but has high ambitions. She earned $5million and has 7,359,094 Subscribers.

10. Rhett and Link – Rhett James McLaughlin and Charles Lincoln ‘Link’ Neal III are the owners of the channel Good Mythical Morning. They also took 9th position in Forbes. They do many dares like consuming a scorpion or the world’s hottest pepper. Now they are the owners of the production company Mythical Entertainment in Los Angeles. They earned $5million and have 11,545,537 subscribers. 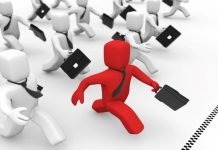 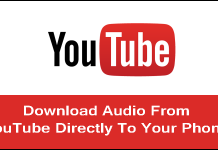 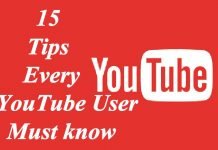