For all the things Facebook CEO Mark Zuckerberg has achieved over the years, managing his personal Pinterest account isn’t one of them. For the second time in the same year, the tech billionaire’s Pinterest account has hacked again, a media report said.

The infamous hacking group OurMine On Tuesday, November 15 managed to get hold of Zuck’s account and defaced his bio with a new tagline and the group’s web address. The account has been restored.

Prior to this, OurMine had hacked Zuckerberg’s Twitter and Pinterest accounts in June also. Zuckerberg’s Pinterest bio temporarily said, “Don’t worry, we are just testing your security.” The defacement was removed shortly.

The group has been in the public’s eye for hacking accounts of several top executives. They had claimed responsibility for hacking Pokémon Go servers in July and Twitter account of John Hanke who is the CEO of the software development company, Niantic that designed the popular GPS-based augmented reality game with the Japanese multinational company, Nintendo.

In the past few months, they also violated the security of news outlets TechCrunch, BuzzFeed, and Variety. They compromised Quora profile of Google CEO Sundar Pichai and social accounts of Twitter CEO Jack Dorsey. The group had hacked the Twitter account of Evan Williams, the microblogging site’s co-founder and former CEO. 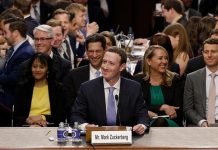 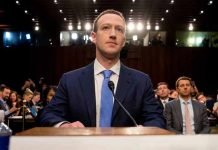