On September 22, i.e., today, Meizu held a press conference where the brand officially launched two new flagships, i.e., the Meizu 18x and Meizu 18x Pro. These two devices equip the latest Snapdragon 888 + chipset. It runs on the latest Flyme 9.2 system that is based on Android 11. These two devices are the upgrades for the Meizu 18 and Meizu 18 Pro. The brand also launched a new device named Meizu 18x with the Snapdragon 870 SoC.

We will talk about the prices first that everyone cares about most. Both the devices will go on sale starting from 10 o’clock on September 23rd. These are the exact prices of the newly launched Meizu smartphones

A few details about the design of the Meizu 18s series!

Meizu announced that the Meizu 18 series flagship phones have attracted 41% of new users since its release. And interestingly, it includes 20% ​​of female users and 46% of Apple users. In terms of appearance, the Meizu 18s series has 18 series of color schemes such as snowfall, sea crossing, and other winds. It also brings back the unicorn color scheme that Meizu loves. It introduces the flash sand etching process, passes through three generations of glass craftsmanship and machine-engraved coating.

The Meizu 18s features a 6.2 inches OLED panel with a 2.2K resolution and a refresh rate of 120Hz. It has a PPI of 563, a resolution of 3200 x 1440 pixels, and a contrast ratio of 5000000:1. While the 18s Pro gets a 6.7 inches panel with the exact resolution and 120Hz refresh rate. Both have a peak brightness of 1300 nits, a 360Hz touch sampling rate, and support 10-bit colors and HDR 10+ certification. Underneath both the Meizu 18s and 18s Pro gets the same Snapdragon 888+ chipset. Since we have already explained the variants, we are not talking about RAM and storage variants again. The chipset pairs with LPDDR5, UFS 3.1, a 1217 super linear speaker, and a WiFi-6 enhanced version for a better user experience.

The vanilla model is available in the following color options: Unicorn EVO, snow treading, waiting for the wind, and crossing the sea. While the Pro model is available in white, silver, and blue. In addition, the Meizu 18s series also has a game mode 5.0, which supports real-time dynamic temperature control technology.

The new 18s series of models comes with an ultrasonic screen fingerprint sensor to unlock the device in 0.1 seconds. It also supports original features of the Meizu 18 series, such as the mEngine 4.0 haptic engine. Apart from the smartphones, Meizu also launched a brand new Flyme 9.2 in the event. It brings a variety of new features, including security system upgrades, appearance upgrades, minor window mode 3.5, screen playback, recent use, direct access to functions, and so on. Both the smartphone varies when it comes to optics. 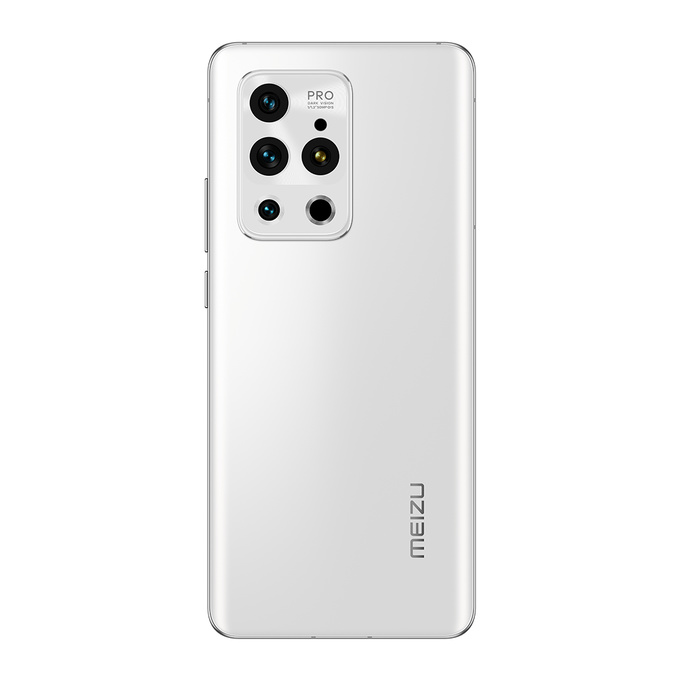 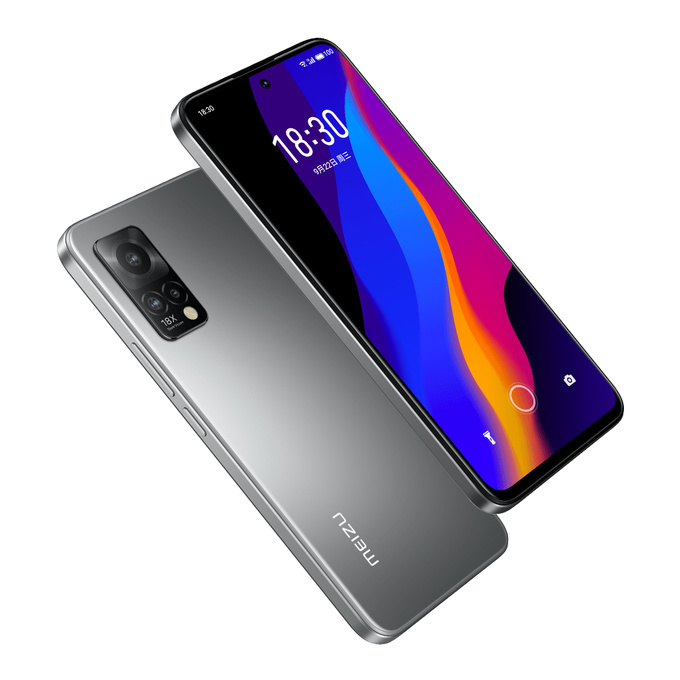 The device features a tripe-rear camera setup. It gets a primary 64MP Samsung GW3 sensor that pairs with an 8MP ultra-wide-angle sensor and a 2MP depth sensor. To the front, it gets a 13MP sensor and sits inside the punch hole. The Meizu 18x packs a 4300 mAh battery that supports 30W fast charging tech. It is available in these color options, namely black, white, and gradient blue.