The latest post on Weibo from popular tipster Panda Blad reveals that Xiaomi will soon launch two new models for the Global markets. These are the new Xiaomi Mi 11T and Mi 11T Pro smartphones. Most brands out there used to launch a T series device in the Q3 / Q4 of every year. Similarly, in 2020 Xiaomi had launched the Mi 10T series for the global markets. We can expect Xiaomi to launch the Mi 11T series in September / October 2021. There are several leaks apart from the Weibo post. Recently, the Mi 11T also made a visit to the FCC. 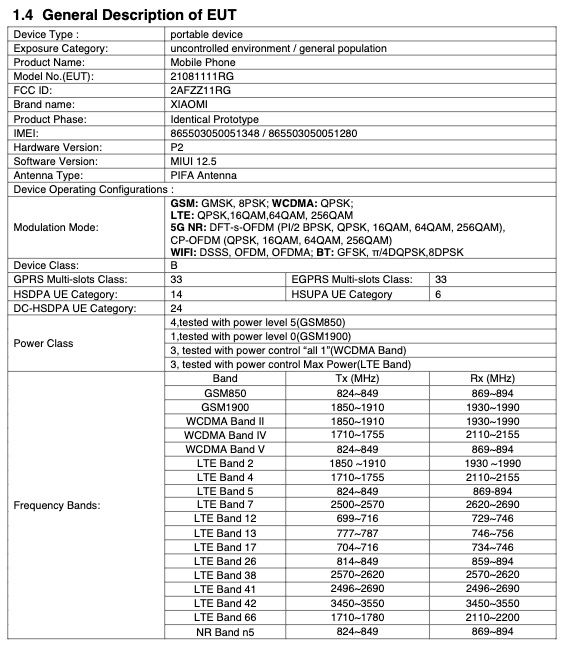 Earlier, it was known that the Mi 11T 5G would feature the Dimensity 1200 chipset. The FCC listing reveals that it comes with the model number 21081111RG. It will also run on MIUI 12.5 out of the box. Further, it gets a number of bands that support LTE. The device is also certified in Malaysia which was shared by a Twitter user. The Chinese blogger also says it will feature a primary 64MP Omnivision sensor which pairs with an 8MP ultra-wide-angle sensor & a telephoto sensor with 3x optical zoom. Further, it will sport an AMOLED display with a refresh rate of 120Hz.

A Twitter handle named Chun has revealed that the Mi 11T Pro will feature the same 120Hz refresh rate as other Mi 11 series smartphones. Even though it is lower when compared to Mi 10T Pro, the new device will feature an OLED screen over LCD. Apart from this, it will sport the Snapdragon 888 SoC and will be priced around USD 600. Further, it gets a massive 5000 mAh battery which will support 120W fast wired charging tech.

An exclusive report from Gizmochina claims that the Mi 11T 5G will be launched on September 23 in the global markets. The 2020 Mi 10T series were launched on September 30. So, there are chances for the 2021 Mi 11T series to debut on the above-said date. Other reports suggest that these phones will also launch in China under a different name. Stay tuned with us for updates regarding these devices.