In a surprising yet bold business move by Microsoft CEO Satya Nadella and LinkedIn Founder Reid Hoffman announced that Microsoft is going to buy Linked for whooping 26.2 billion USD.

Microsoft will be paying 196 USD per share. This amount is almost equivalent to 250 USD per active LinkedIn active users which shows clearly the brilliant salesmanship of LinkedIn CEO Jeff Weiner and its founder Reid Hoffman. This is considered as fifth largest tech deal ever. because of massive money involved and overvaluation of LinkedIn by Microsoft there is almost negligible chance of competing bid by any other tech giants.

This deal was done in a completely professional way not a general buying of company. Morgan Stanley served as exclusive financial advisor to the Microsoft and Simpson Thatcher & Barlett LLP was the legal advisor to Microsoft.

This deal seems to be quite fruitful for LinkedIn in economic terms as it has been struggling financially for few months. After the deal the LinkedIn shares soared 47% i.e from $61.50 to $192.60 In New York stock Exchange.

LinkedIn founder Reid Hoffman who is also the controlling shareholder of the company will be getting 2.9 billion USD for his shares. The jump in LinkedIn shares lifted his net worth by more than 900 million USD.

LinkedIn has been going through a tricky period in which shares have fallen amid widening losses and its share fell by around 40% this year.

This deal will free LinkedIn management from any further worry about finance and they will be able to focus entirely on expansion and improvement of user experience.

The deal will help Microsoft boost sales of its email and business softwares. Ben Wood, head of research at CCS Insight said that “It will give Microsoft access to the world’s biggest professional social network with more than 430 million members worldwide which is a valuable asset that can be deeply integrated with a number of Microsoft assets such as Office 365, Exchange and Outlook. That said, Microsoft has stated that the company will continue to operate as an independent business, so we’ll have to see how deeply the integration occurs”. Microsoft said that LinkedIn would retain its “distinct brand, culture and independence”.

This deal is Microsoft CEO Satya Nadella’s effort to revitalize Microsoft which seems left behind by shift in technology.  He hopes this deal will open new horizons for both Microsoft and LinkedIn, both of which are suffering from saturated market.

Microsoft is planning to bring professional cloud and professional network together.For instance, connecting Office directly to LinkedIn could help attendees of meetings learn more about one another directly from invitations in their calendars. Sales representatives using Microsoft’s Dynamics software for managing customer relationships could pick up useful tidbits of background on potential customers from LinkedIn data. Microsoft is also planning to give Cortana Digital Assistant access to LinkedIn data.

The deal combines Microsoft, which dominates the global market for computer systems, with LinkedIn, known as the main social network for professionals.

Microsoft wants to use LinkedIn as a database of professional information and distribution channel for its software systems. LinkedIn gains additional financing and access to millions of people who could potentially join its network.

Together, the two companies could build new types of services that would be particularly useful for workers in sales and HR roles, according to Rodney Nelson, lead Microsoft analyst at Morningstar.

A sales rep could look up someone he’s pitching to through Outlook and see their LinkedIn information while writing an email pitch. In the future, Microsoft might even deploy Cortana as a virtual assistant to write the email too, based on that LinkedIn data.

The LinkedIn brand will continue after the deal is closed later this year, the companies said. Jeff Weiner will remain CEO of LinkedIn, reporting to Microsoft CEO Satya Nadella.

As of overpricing of LinkedIn Ivan Feinseth, analyst at Tigress Financial Partners, said that LinkedIn was a great business “even though the company stubbed their toe back in February. It’s a premium company and it deserves a premium valuation.” 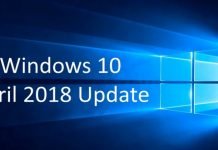 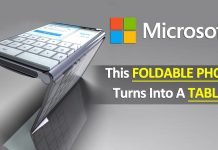 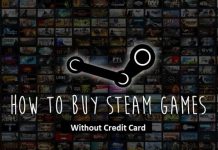 How to Purchase Games on Steam Without Using Credit Card 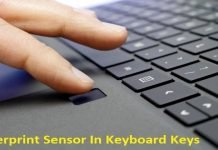