FireEye is a cyber security company that provides things like products and services in order to protect advanced cyber threats. Ans recently FireEye have made a deal with Windows with that being said it clearly means that now FireEye will have access to all Windows 10 telemetry data.

Now FireEye will assign the security vendor’s iSIGHT Intelligence software into Window’s defender program for security purpose and it will be as an inbuilt Windows security offering.

“FireEye iSIGHT Intelligence is a proactive, forward-006Cooking means of qualifying threats poised to disrupt business based on the intents, tools, and tactics of the attacker.”

A free trial user of windows can use this before purchasing any subscription to Windows Defender Advanced Threat Protection (WDATP). FireEye senior vice president of corporate development, Ken Gonzalez said “FireEye has invested in nation-state grade intelligence and we are strategically partnering with industry leaders to operationalise this high-quality intel”

“As two security leaders working together, the combined Microsoft and FireEye adversary-based security intelligence ensures WDATP detections can provide the right context needed to prepare for and simplify response to attacks.”

Also Read: How to Find Out Fake News Site in Google Chrome

James Turner, IBRS security analyst said, “There are benefits here for both Microsoft and FireEye, Microsoft are seen to be playing with a big brand name in the security space and FireEye potentially get access to a much broader distribution of endpoints than it would otherwise have.”

“So everyone talks about intelligence sharing but the most valuable threat intelligence is that which is made directly applicable to you and can take action on.

“When you start looking at this particular offering, it has to be fairly generic because there is no customization – as far as I can tell – around this. It is literally going to be a case of seeing something out there and identifying it as bad.

“It is going to be very hard for this to be customized to any specific client.”

Also Read: Facebook Will Now Help You To Find a Nearby Free WiFi Hotspot

Later Turner said, “Obviously we need to see the proof of the pudding in the eating, but there is a definite potential here to help do a capable shift in the way things are going.” 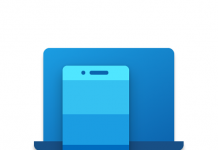 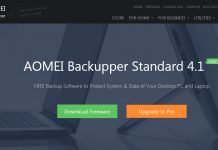