Motorola is preparing to launch a new mid-range smartphone as per recent leaks and rumors. The smartphone was today listed on the Geekbench benchmarks revealing its specifications and the actual name. Prior to the listing, the smartphone was spotted with model number XT-2117 at several certifications. 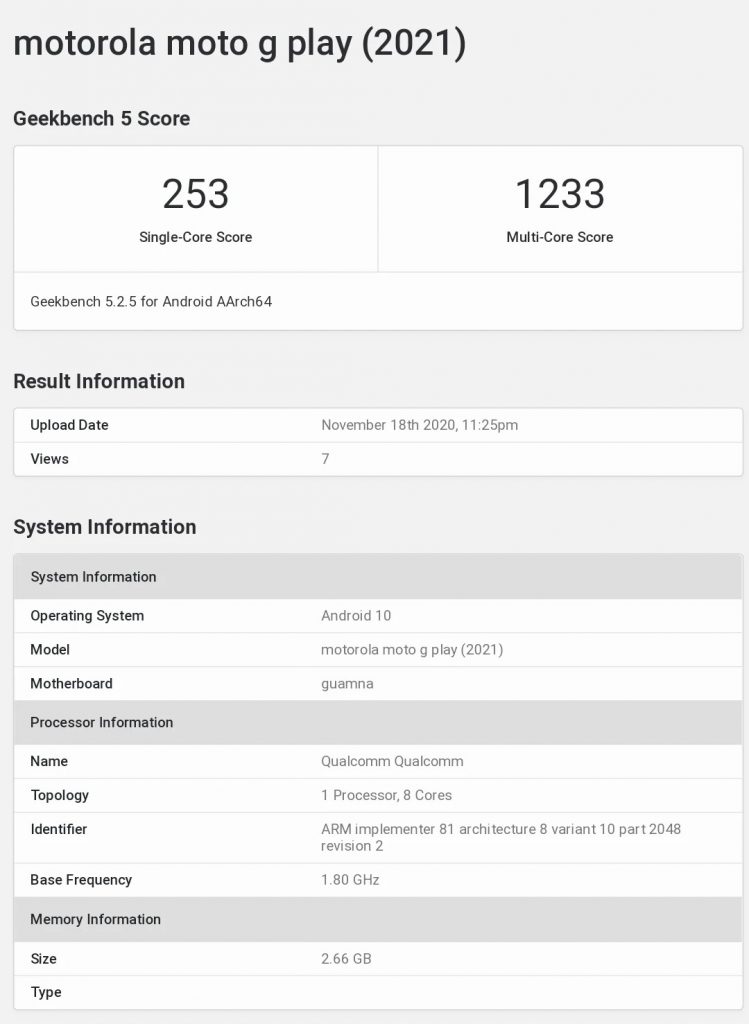 According to the Geekbench listing, the Moto G Play 2021 houses a Qualcomm chipset with a 1.8 GHz base frequency. It appears to be the Snapdragon 662 chipset as per the tipsters.  Moreover, the smartphone packs 2.66GB RAMand runs on Android 10 OS. It performed moderately while scoring 253 points in the single-core test and 1233 in the multi-core test.

The smartphone will feature a 4850 mAh battery and supports 20W fast charging as revealed in TUV certification. Moreover, it could come with a 6.5-inch display and will measure 165.3 x 75.4 x 9.5mm in size. Other details about the device are not yet known, but we expect the details to unveil before its official launch.

Motorola is also preparing to launch some other Moto G iterations in the near future.

Related: Moto E7 launch seems imminent as its renders were leaked along with key specifications