After sudden appearance of Motorola Capri with model number XT-2127 last week, the Motorola Capri Plus (XT-2129) is listed on FCC (Federal Communications Commission). The listing confirms some features like support for 5G, dual-band WiFi, and presence of JK50 5000 mAh battery. It even confirms the presence of MC-204 battery adapter.

However, the listing does not reveal any other major specifications. As revealed in earlier rumours, the Motorola Capri Plus supports 5G.

According to the previous reports, the Motorola Capri Plus is expected to feature 90Hz HD resolution. There will be a quad-rear camera setup carrying a 64-megapixel main camera, a 13-megapixel superwide lens, a 2-megapixel macro lens, and a 2-megapixel depth sensor. It might come in two storage variants of 4GB RAM + 64GB storage and 6GB RAM + 128GB storage. 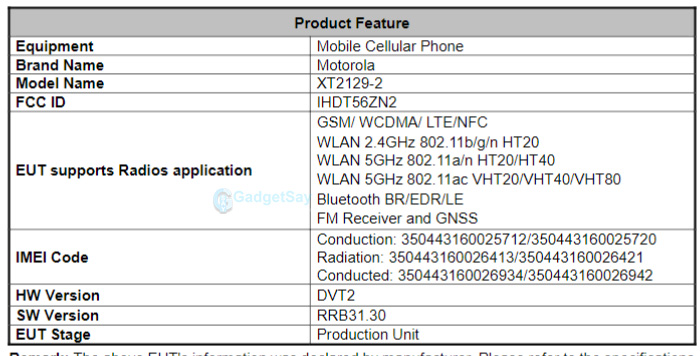 Motorola Capri was listed on FCC a few days ago confirming 4G support and presence of NFC. The younger sibling of Plus variant appears to be featuring HD+ display with a resolution of 720 x 1600 pixels. It will come with a 48-megapixel primary-quad sensor. There will be a single 4GB RAM version and 64 GB storage.