Asustek will release two flagship models this year, namely the ROG Gaming Phone 3 and the ZenFone 7. The former handset with the model I003D has been confirmed to be officially released on July 23. 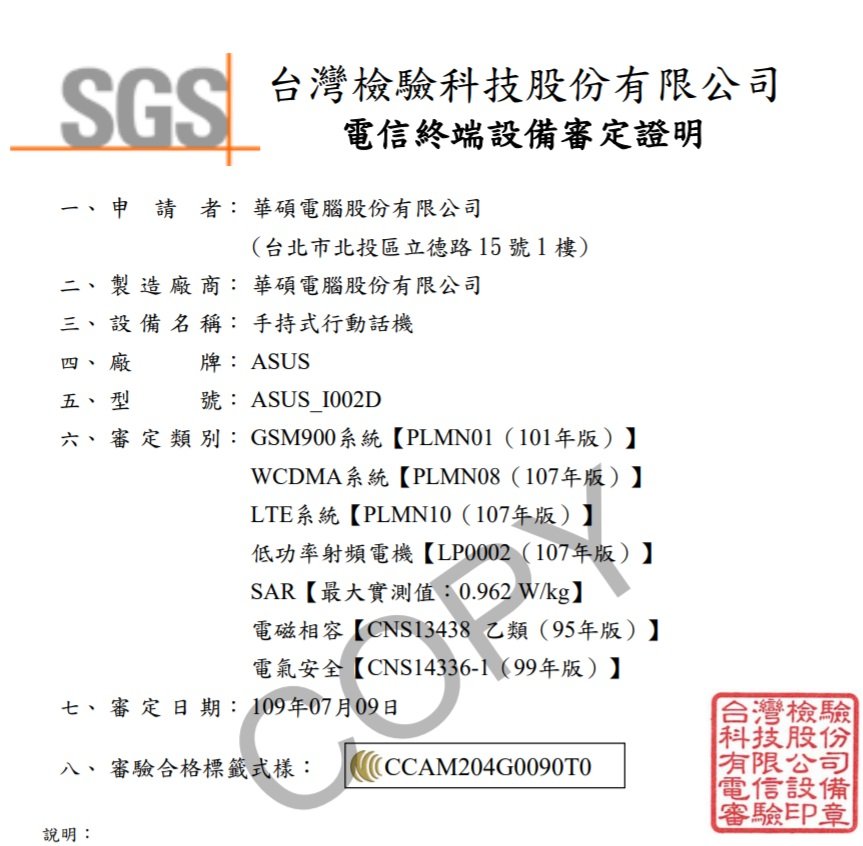 An ASUS product with a model number of I002D has passed NCC certification. The certification information shows that it will sport up to 512GB of storage, use a USB-C interface, and have a built-in battery with a typical capacity of 5000mAh. (The rated capacity is 4830mAh.) At the same time, we can see that the handset will has a charger of up to 30W.

In other aspects, we can also find from the certification information that the machine will support NFC as well as up to 2TB microSD card expansion. The battery model is C11P1904 and the charger model is A299-200150U-US.

Also, the ASUS_I002D has been certified by TÜV Rheinland SÜD.

In fact, we think this is going to be the ZenFone 7. And if so, we have some worthy information concerning this handset. In fact, we have reported that the ZenFone 7 will be launched soon after the ROG Phone 3. And it is expected that there will be a ZenFone 7 Pro version too. The selling point of the previous version was the unique camera. And we expect the camera will be upgraded again. And instead of a dual-camera, it is likely to use a three-camera solution. According to the previous leaks in GeekBench, the ZenFone 7 will use the Qualcomm Snapdragon 865 processor, which will support 5G. However, we have no guesses about what improvements the Pro version will come with.