Today, the POCO X3 NFC will be launched officially. It will use a rear camera design we have not seen on any phone till the date. But it turns out such a look will become the main design of upcoming POCO phones. 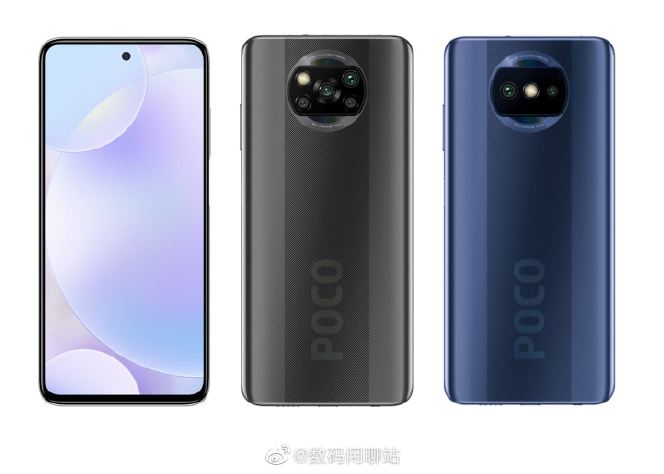 As a well-known Weibo blogger claims, the manufacturer has another phone in development with a similar rear design. But at the moment, no one knows its name and the features. The only thing we can say for sure is that it will sport a dual-camera setup, unlike the POCO X3.

The Chinese tipster revealed that he came across two prototype POCO phones. The first model is the POCO X3 with a 64MP quad-rear cameras and a Qualcomm processor inside. The second phone he had got information about comes with a 48MP dual-camera. Both devices will have a similar rear design.

What we can find interesting in the render is that this POCO phone has no fingerprint recognition module on the back. So most likely, it will be placed on the side. We also guess the power button will integrate the fingerprint scanner. Also, we think this handset will sport a hole-punch screen design. The front-facing camera will be placed in the upper center area.

Interestingly, apart from the POCO X3 NFC launch today, we will meet the POCO M2 tomorrow, September 8 in India. As two new phones are coming in early September, there is every reason to think the new POCO phone won’t come to the market soon.