Realme has been strengthening its IoT segment since last year. Needless to say, they have done a great job so far. The company has tried to keep up with Xiaomi with its IoT products but fell short of some categories considering that the later has been in this segment for some time now. So far they have launched Realme Smart TV consisting of 32-inch, 43-inch and 55-inch. Recently the company introduced Realme Watch S pro as part of their premium smartwatch. That said, earlier today, a new Realme TV surfaced on Google Play Console.

About the upcoming Smart TV

According to Google Play Console, the device is codenamed under SW4H_FF.  As usual, the device will be manufactured via a third party  Skyworth. The device is seen powered by a Quad-core Mediatek T32 / MT9602 and runs on Android 10. Apart from that, the device happens to support an FHD resolution display, which means the upcoming device will not come under a 43-inch panel size. The device seems to be paired with 2GB RAM. It has also received the Widevine L1 certification which means that users can stream FHD contents on apps such as Netflix and Amazon Prime Videos. 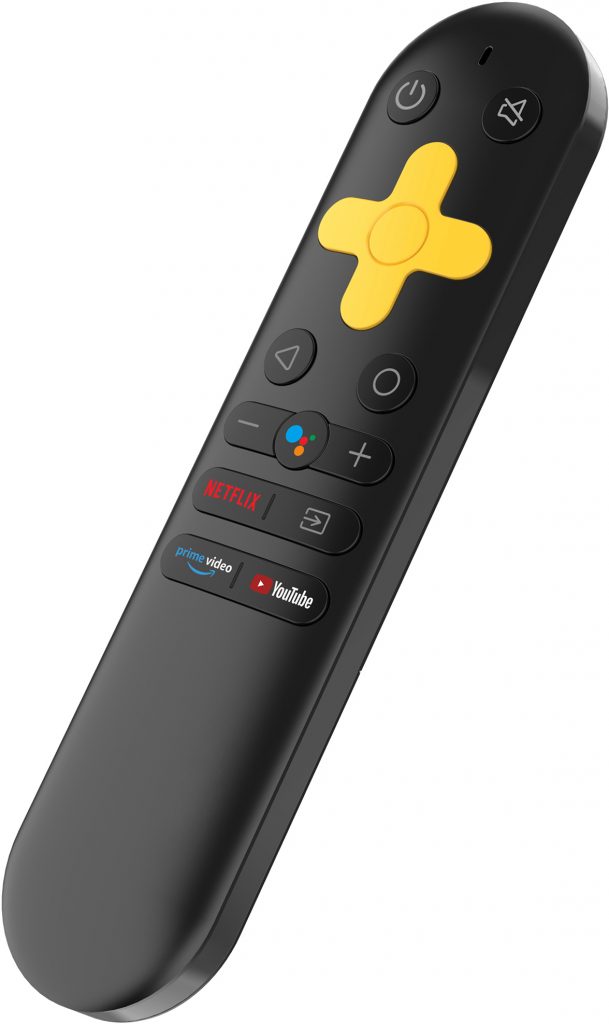 Other than this, a new version of Realme Remote also popped on CNIPA. The timing for the Remote to pop up on the website makes up wonder if the same remote will be compatible with the upcoming Realme Smart TV.

In addition, the new remote comes with usual Black casing accompanied by a yellow highlighted navigation buttons. At the top, we get the usual, power button along with the mute button. Below the navigation buttons, we can notice the back and home buttons. Apart from that, the remote will include dedicated app buttons for Google Assistant, Netflix, Amazon Prime Videos and Youtube. The Google Assistant button is positioned between the volume buttons.

Up next: Realme V15 and its special edition officially announced