As LetsGoDigital reports, Chinese smartphone manufacturer Xiaomi applied for a smartphone design patent to the National Intellectual Property Office (CNIPA) in March this year. It was announced today (August 4). 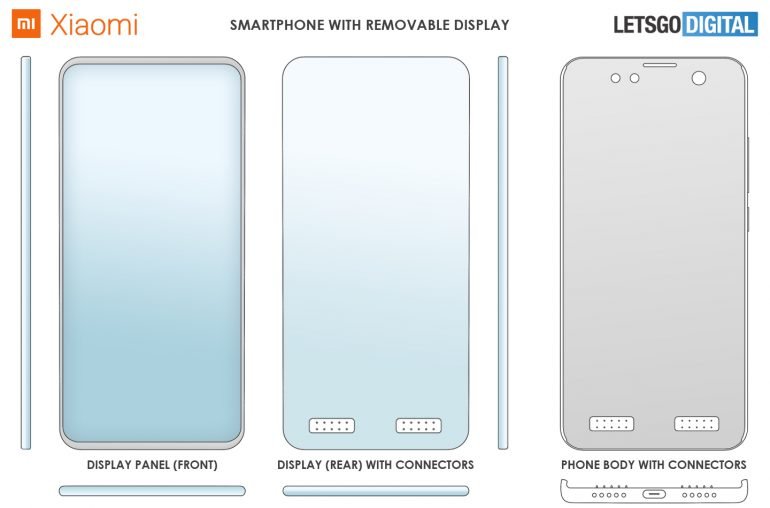 The smartphone in the patent consists of a ‘main part’ body and a ‘detachable part’ screen. Among them, the thickness of the body part is more than twice that of the screen part. When the two parts are used together, it becomes an ordinary smartphone.

The patented smartphone adopts a full-screen design and has three rear cameras. The bottom of the phone carries the USB-C interface and dual speakers. They and the side buttons are part of the ‘main component’.

After the screen is separated from the body, you can see that there are connectors on the ‘main component’. There is also a dual selfie camera with a flash and two ports. This is actually a smartphone with an under-screen camera. 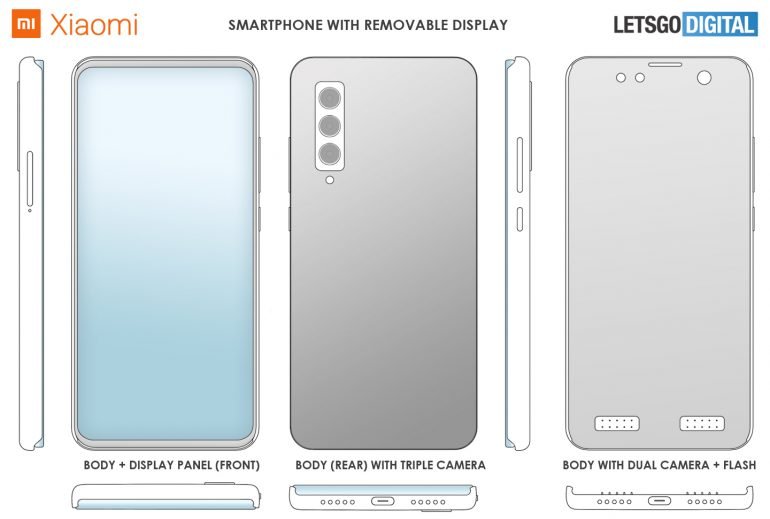 LetsGoDigital said that when the screen is installed on the body, it will be powered through two connectors. When the two parts are used separately, the screen part can be wirelessly charged through the body.

The patent also hints that the display can be used separately without the main body, but how exactly it achieves this is currently unknown.

The idea behind this patent is quite attractive. But is it practical? Maybe if there are more applications and use scenarios suggested by the company or developers, this smartphone can become popular. But agree no one is currently thinking about making complicated mobile devices. Everything should be as simple as possible.