Nokia, once an unbeatable player in the mobile industry has been literally reduced to atoms over the course of time. Past is past and the present Nokia headed by HMD Global couldn’t regain the glory till now after its emergence back in 2017. Well, the company has launched the recently unveiled Nokia 5310 in China for 399 Yuan (~$55). 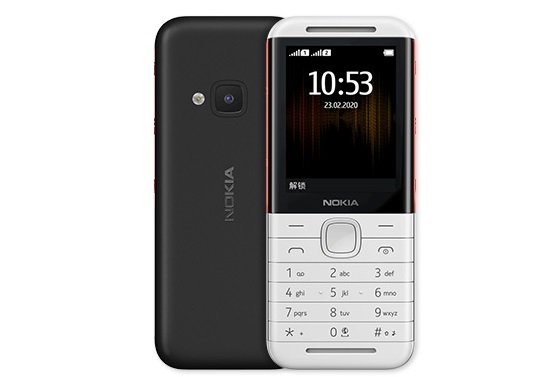 Nokia 5310 Xpress Music, do you remember the iconic feature phone which was a hit among the teenagers/youngsters back in its period? HMD has rebooted the device by giving a modern touch by keeping its classic design. It has a “red and white” or “red and black” color body and supports up to 32GB of memory cards.

The new Nokia 5310 comes with a 2.4-inch QVGA screen, a rear VGA camera, 16MB of internal storage space, a built-in 1200mAh battery, a 3.5mm audio jack, and Bluetooth connectivity. Interestingly, it has a dual front speaker with a large sound cavity capable of generating loud audio. Just like its ancestor, the new Nokia 5310 also has music shortcuts on the side to control music/radio playback.

In addition, the Nokia 5310 supports Dual SIM Dual Standby Mode(DSDS), and all most all other goodies you expect from a feature phone such as a built-in recorder, memo, LED flashlight such and such. The feature phone is available for purchase from Nokia Mobile Store, JD.com and Tmall.