In September this year, Nokia’s first 5G model the Nokia 8.3 5G was officially launched worldwide, priced at $699. According to the roadmap announced by Nokia, the machine should push Android 11 updates in the fourth quarter of 2020 or the beginning of the first quarter of 2021. 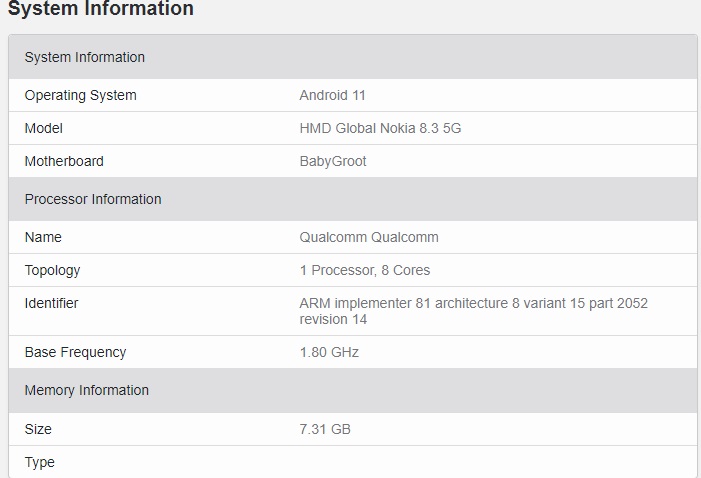 However, the Nokia 8.3 5G has not updated Android 11 until now. The good news is that a Nokia 8.3 5G running Android 11 has appeared in the GeekBench benchmark database. This simply indicates that Nokia will push Android 11 updates in the near future.

There are several models – Nokia 2.2, Nokia 8.1 and Nokia 5.3 – that will upgrade the Android 11 system in the near future. It is worth mentioning that the Nokia 5.3 running Android 11 also appeared in the GeekBench database before. 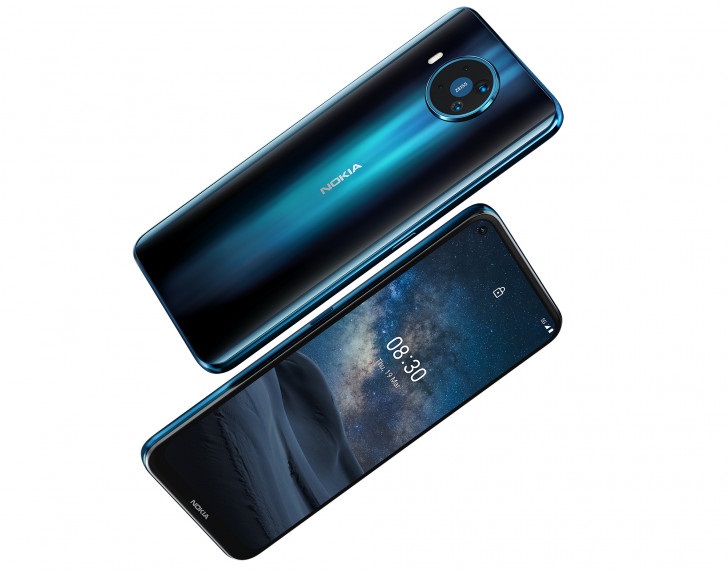 The Nokia 8.3 5G is Nokia’s first model to support 5G network. It is equipped with the Qualcomm Snapdragon 765G chip. Also, our protagonist has a 6.81-inch FHD resolution LCD screen, and has a PureView certified by Zeiss optics. The rear-mounted four-camera module consists of a 64MP (f /1.9) +12MP (f/2.2) ultra wide-angle + 2MP zoom + 2MP depth of field lenses combination. The front camera has a 24MP resolution and an f/2.0 aperture. There is also a 6+64/8+128GB storage option, a 3.5mm headphone jack, a built-in 4500mAh battery, which supports 18W fast charge and many more.

In fact, there are many smartphones on the market that come with an identical configuration. So Nokia/HMD should price it more attractively to win customers’ hearts.