The most hyped smartphone in recent times. It is launched for ₹32,999/- for the base variant in India. Since its launch, the feedback of the users was not good at all. Display issues, software issues, and battery problems.

But it doesn’t make any impact on the hype and we see the little effect on the sales. After all, Nothing started giving software updates to resolve these issues. Till now, Nothing Phone (1) received more than five updates.

The complete review of Nothing Phone (1)

The overhyped 1200 nits brightness is only for HDR content. Even, HDR reproduction is very poor on this device.

In-hand feel is similar to an iPhone. The design and frame were actually good. The first thing you’ll like back design on this smartphone. The device weighs 193g. The display size is also bit large. The size is exactly the same as iPhone 13 Pro Max.

Stereo speakers are just average overall compared to other devices. Nearly 70% of the sound comes from the bottom and rest of them comes from the earpiece.

It is equipped with a Qualcomm Snapdragon 778G+ processor with Adreno 642L GPU. It performs very well while browsing and the 120Hz refresh rate is also one major plus point for the performance.

When it comes to gaming, I’ll suggest better to go with the smartphone having Qualcomm Snapdragon 870 or MedaiTek Dimensity 1300 processor than this device.

It is handling normal games very well but heavy games like BGMI, Call Of Duty, Asphalt 9 and Apex Legends. You’ll notice some frame drops in the high frame rate.

The main camera is very impressive even in night time. The Ultra wide-angle lens is not as great as the main camera. No need to compare this camera with flagships like iPhone 13 Pro Max and Samsung Galaxy S22 Ultra.

The front camera also gives decent pictures. We can expect much better pictures because Nothing giving time to updates. Video recording is the major issue in the camera department. I mean not that smooth. In the videos, colors might under exposed sometimes.

In the video department, Google Pixel 6a is far better than this device.

When you charge the smartphone getting heat a lot compared to other devices. It takes more than one hour to full charge. 50% charges in 30 minutes.

No Micro SD slot, you should think about this before purchasing. After receiving too much of OTA updates, you’ll notice some bugs in the UI. There is heating issues on the rear side.

The proximity sensor has a bit issue. This smartphone gets three years of Android version updates and four years Android security patch updates.

The accessories prices are also a bit expensive. Transparent case priced at ₹1,499/-. Charger priced at ₹2,499/-. For making a transparent case it won’t cost more than ₹200 and the best price for this one is ₹300 or ₹400.

Worth it or not?

If this smartphone comes for under ₹28,000/- in the upcoming festival sales then you should look at this device. It doesn’t give iPhone experience, it is just like another Chinese smartphone.

You should add more money and go for Google Pixel 6a for awesome cameras and user experience. Better to choose realme, Xiaomi, iQOO and Samsung smartphones instead of Nothing Phone (1).

I hope upcoming Nothing phones will not come with these problems. You should excuse Nothing because it’s their first ever smartphone. 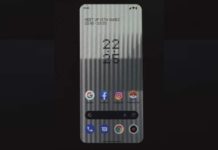 Carl Pei announces launch of Nothing Phone; will be equipped with Android-based Nothing OS! 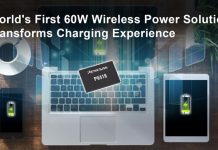