OnePlus 5T: According to past weeks reports, OnePlus will launch OnePlus 5T, the follower to the OnePlus 5. The latest OnePlus model could feature slimmer bezels as per leaked images. Recently, a new image leaked which states that the latest version will feature bezel-less design along with a resolution of 18:9. It will be slimmer than OnePlus 5. At present, we know only about rumored reports. It could roll out in November, or December. The price is assumed to be not higher than the previous version.

A screenshot of the OnePlus 5T leaked on the OnePlus store. The screenshot came with a point “Larger screen Same Footprint”. We could have a glimpse of the upcoming OnePlus smartphone from the leaked image. The screenshot came from an origin similar to Android Authority. However, the image doesn’t provide a full review of the smartphone. The bezel-less OnePlus 5T is not extraordinary as those smartphones are already available these days. OnePlus is trying to offer full-screen like Galaxy S8, Mi Mix 2 and iPhone X in next version.

The current and past reports claim that the smartphone could have an enormous 6-inch display with 1080 x 2160 resolution and 18:9 aspect ratio. It will include a fingerprint sensor on the rear over the brand logo. Past reports state that it will appear like Oppo F5 assumed to come to India on November 2. The leaked image shows that it has an aluminum trim and speaker on the left bottom side. It could have a USB Type-C port on the bottom center. It will not have a 3.5mm headphone jack like Pixel 2. The company gets to do more things by removing the headphone jack. Although, previously Carl Pei, the company co-founder thinks headphone jack an essential feature.

According to previous reports, OnePlus 5T may have enhanced front camera for better group selfies. The smartphone rumored to come with the dual front camera module which could add portrait mode. The camera features were reported previously on June during OnePlus shot remarkable promo videos with Bollywood actors. The present reports claim that the OnePlus 5T could have dual cameras on the front with 16 MP sensor same like OnePlus 5. The dual camera is rumored to include 2 MP sensor which could feature portrait mode.

The camera will feature 16 MP rear camera along with a wide-angle lens and an F1.8 aperture. The other camera may be 20-MP along with a zoom lens (35mm focal length) and an F2.4 or F2.8 aperture. Apart from the screen and front camera, the OnePlus 5 and the Oneplus 5T are going to be mostly similar. The company will use a more high capacity battery than 3400 mAh battery packed in OnePlus 5. The latest model is assumed to be similar like OnePlus 5. So, it may be powered by Qualcomm Snapdragon 835 processor and 6GB RAM + 64GB ROM. However, these reports are just rumors. We have to wait till the company confirms these. 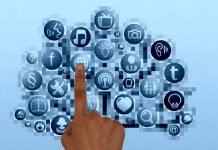 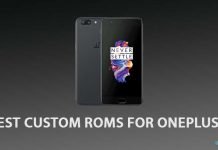