OnePlus has officially launched its much-hyped OnePlus 9 series. The series includes three devices: OnePlus 9 Pro, OnePlus 9 and OnePlus 9R. The OnePlus 9 Pro is the most premium smartphone in the series will make a big dent in your pocket. Whereas, the later is priced aggressively and follows the OnePlus tradition as a flagship killer. The company has made some significant upgrades with its device which are mentioned briefly below. But one of its major improvement has to be with its camera, as the company has collaborated with Hasselblad for the very first time. The Chinese company has promised better cameras this time, as it was one of the most important highlights along with the rest of the specifications. 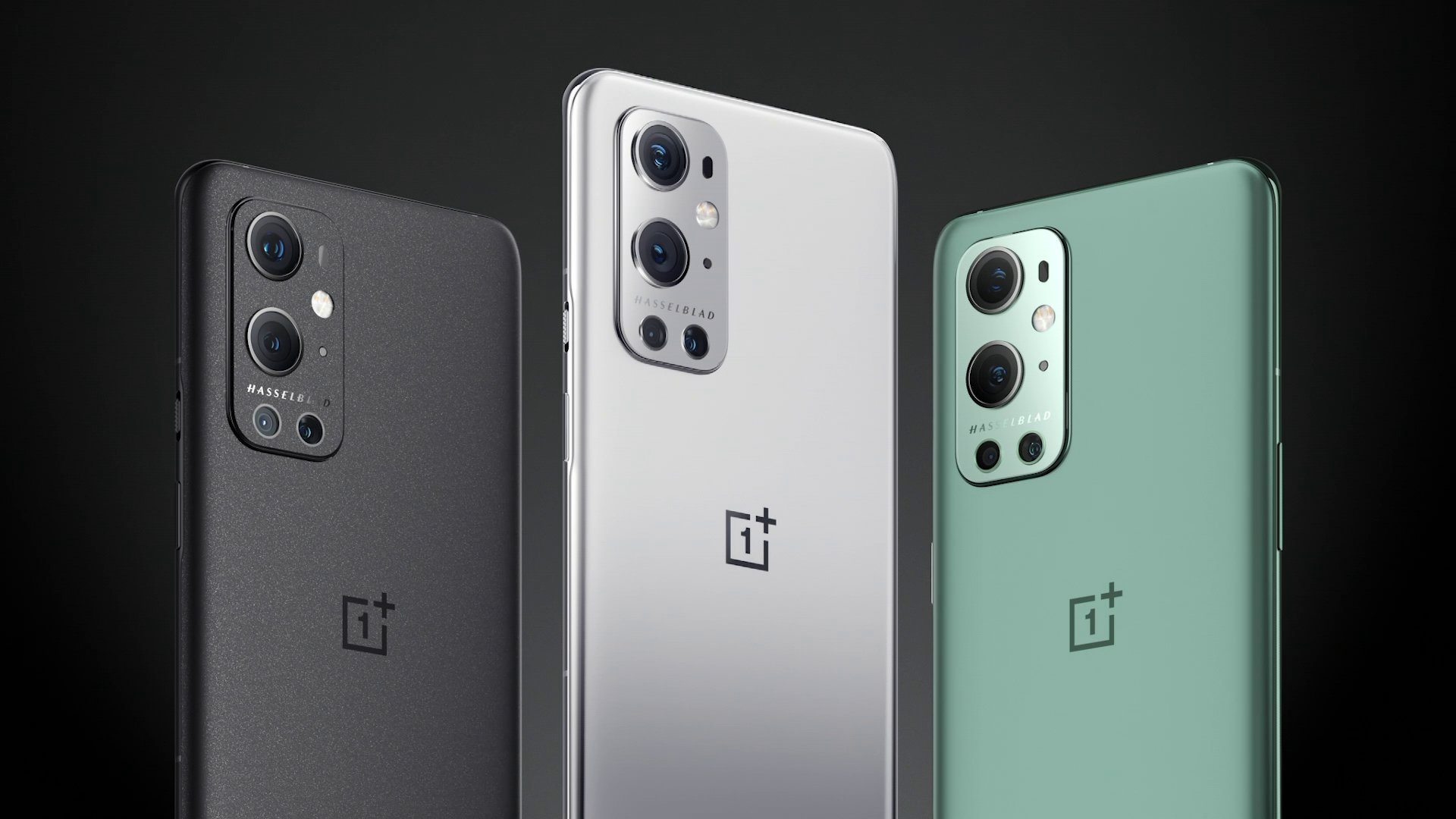 One Plus 9 Pro: Specifications

Moving towards the front, the OnePlus 9 Pro features a 6.7″ QHD+ AMOLED display which has 3216 x 1440 resolutions. It is an LTPO display, and it offers a “Smart 120Hz” refresh rate which can be found on most Xiaomi devices. Although many rather use the term adaptive display. Being a premium device, the display is curved but lesser than the curve we saw on the OnePlus 8 Pro. 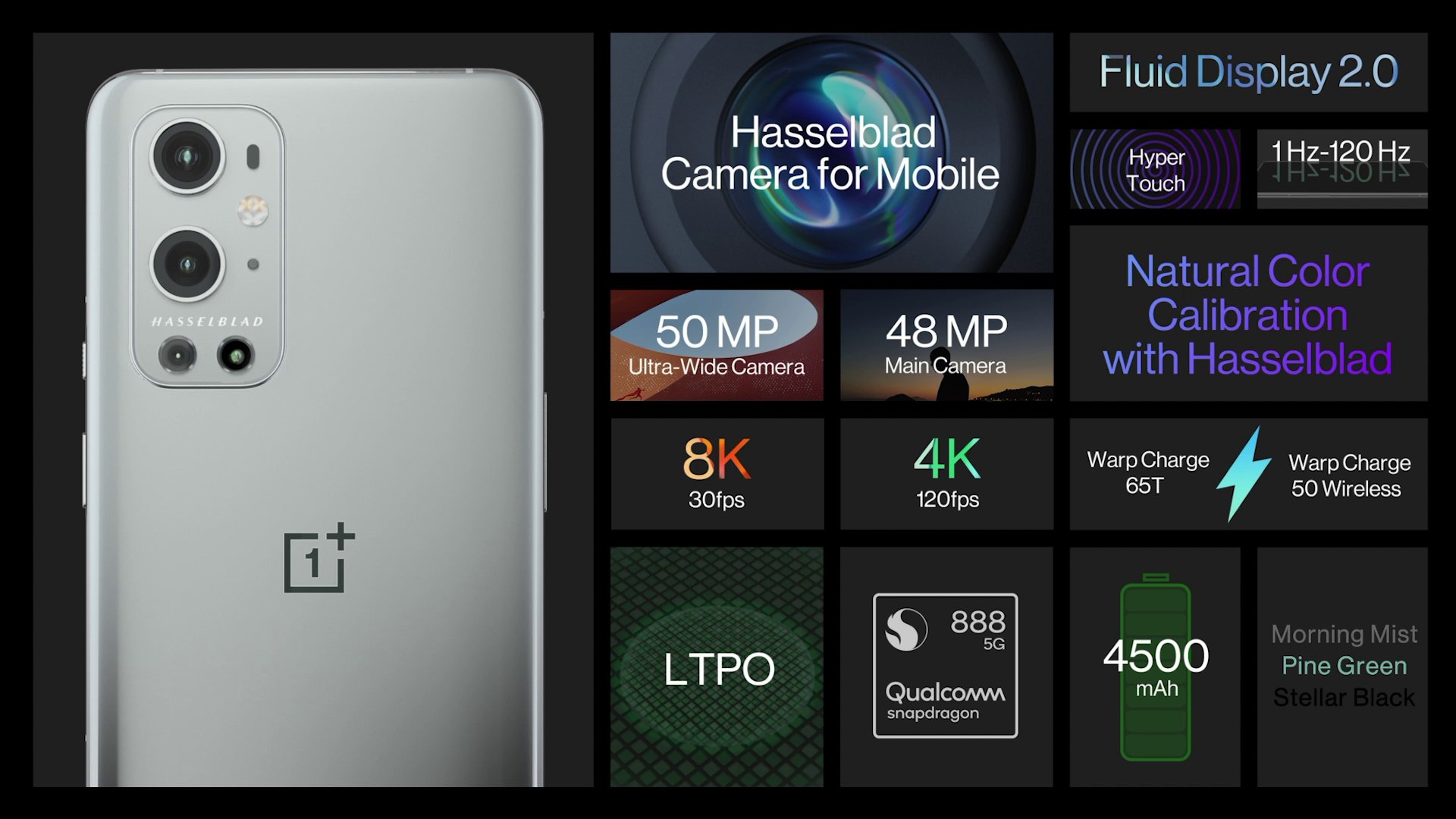 The display can display 1.07 billion colours, as it has a native 10-bit colour depth. It also supports HDR10+ content and includes MEMC as well. At its peak, it can go up to 1,300 nits max brightness.

This might be the first time that Hasselblad has worked with OnePlus. The company claims that the partnering helped them improve colour correction significantly and improved video performance, from the HDR perspective as well. Thus OnePlus finds it easy to market “Natural Color Calibration with Hasselblad” branding. OnePlus also.

For optics, the device house a quad-camera setup at the rear which includes a 48MP Sony IMX789 sensor for its primary camera.  The primary camera has an f/1.8 aperture lens and supports OIS. That sensor comes coupled with a 7P lens, EIS support. 1.12um pixel size comes with 48-megapixel images, while 12-megapixel images offer 2.24um pixel size (4-in-1 binning). For its secondary camera, it uses Sony’s IMX766 50MP ultra-wide camera. This camera comes with an f/2.2 aperture freeform 7P lens, it corrects the way light comes into the lens without software and without any distortion as per the company.

The OnePlus 9 comes with some differences from the Pro variant. It uses a 6.55″ FHD+ Fluid AMOLED display with a 120Hz refresh rate. In addition, the device also features HDR 10+, 1100 nits brightness, Corning Gorilla Glass protection and 1080 x 2400 pixels of resolution. 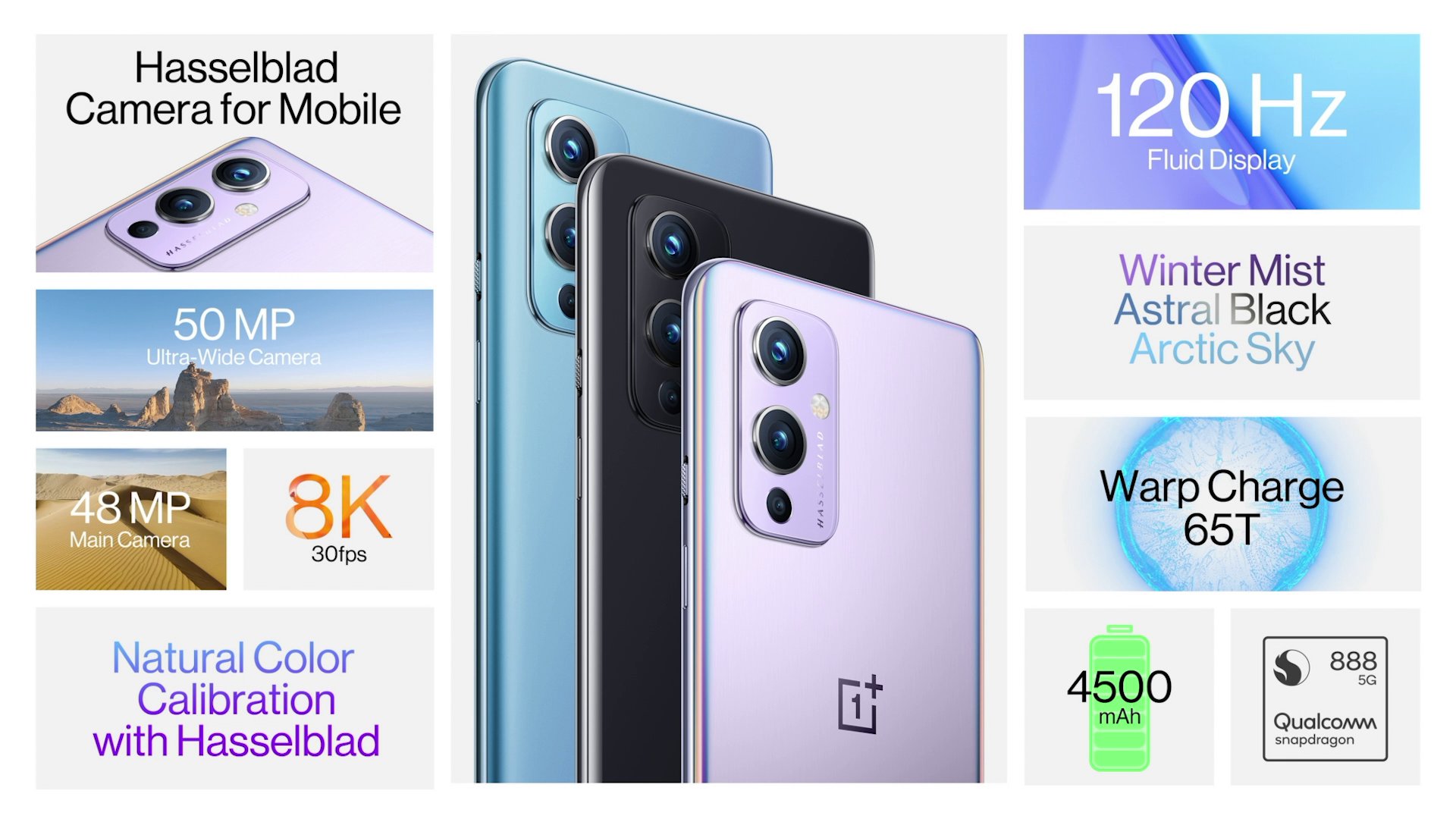 For optics, the OnePlus 9R has a triple-camera on the back which includes a 48MP Sony IMX586 main lens with f/1.75 aperture, a 16MP Sony IMX481 ultra-wide with 123-degree FOV, a 2MP monochrome, and a 5MP macro sensor. Whereas at the front, the device has the same 16MP Sony IMX471 selfie shooter.

The device draws its power from a similar 4,500mAh battery which supports Warp Charge 65T. But unlike its siblings, the company has ditched wireless charging for this variant.

Lastly, the OnePlus 9R costs ₹39,999 for its 8GB+128GB variant and ₹43,999 for its 12GB+256GB variant. The device will be exclusive to India and China only. However, it will be launched tomorrow in China. Pre-orders for the device starts early April in India and sale starts on April 14.

Up next: POCO F3 and POCO X3 Pro officially uncovered in Europe