Previously, OnePlus has been following the example of Apple and was launching only premium smartphones. Moreover, it was designing only smartphones. But the market changes. And every manufacturer should adapt to the changes as well. As a result, we have seen not only new products such as TVs, headphones, etc., but also a mid-range smartphone. Following the OnePlus Nord, another mid-range model by OnePlus was spotted. The model that appeared in Geekbench this time is called the OnePlus Clover. It sports a Qualcomm Snapdragon 660 SoC, supplemented by 4GB of running memory. 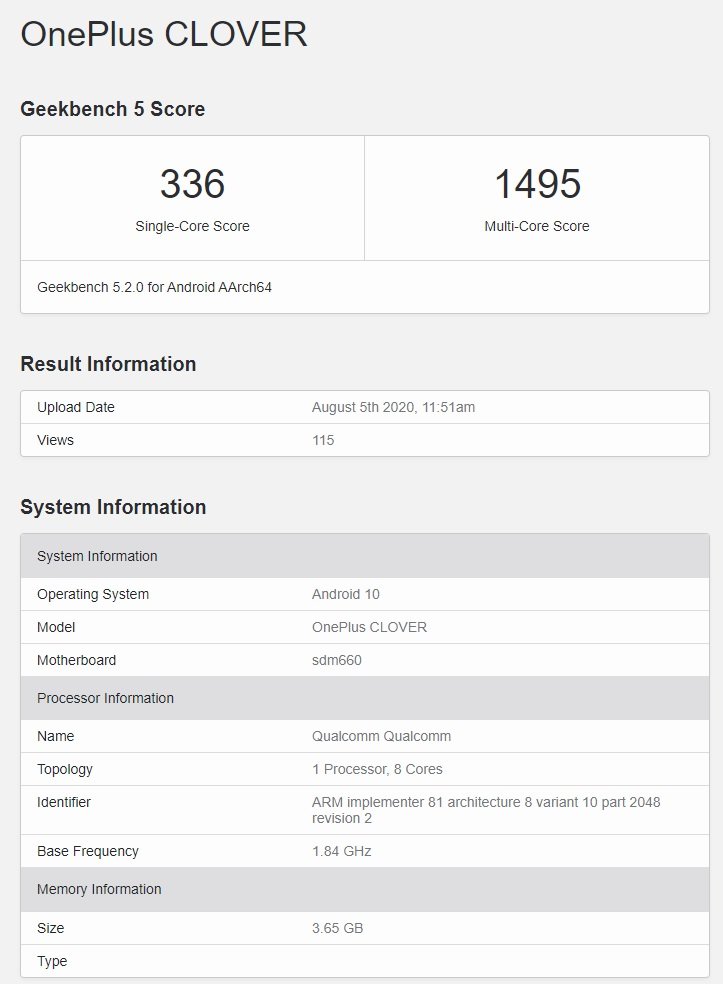 By the way, the Snapdragon 660 chip was officially released in May 2017, and it was manufactured using a 14nm process.

Within a month, it launched its first mid-range model OnePlus Nord in the Indian and European markets. OnePlus co-founder Carl Pei confirmed this week that OnePlus will bring more mid-range models to the North American market. Probably, he meant the OnePlus Clover.

A well-known tipster @Max J. stated that OnePlus is developing two mid-range models internally, called ‘Billie 1’ and ‘Billie 2’. Previously, a developer found a new machine code-named Billie in the code of OxygenOS 10.5. Its chipset was displayed as SM6350, and SM6350. We still don’t know there these code names refer to the OnePlus Clover or not. If not, there will be more mid-rangers by OnePlus.