We have heard that the iQOO 5 series that are set to come on August 17 will be divided into two versions. One should be an ordinary model, while the second one should come with enhanced features.

Recently, a VIVO smartphone with a model number V2024A was certified by the 3C authority of China. It is set to come with a 55W charger. Interestingly, the same model number is mentioned in the iQOO 5 reservations page on JD.com. So there is every reason to say these phones are identical. Apart from this, a new smartphone with a V2025A model number has received approval from the 3C certification platform. It was set to come with a 120W charger. It seems to the top variant of the iQOO 5.

The 3C listing of the top version shows that we are dealing with a 5G phone and it is accompanied with a charger that has a V12060L0C0-CN model number. The latter supports maximum charging rates of 20V/6A (120W).

Though there is no official statement, the V2025A is assumed to be called the iQOO 5 Pro. Its charging port should be backward compatible with 55W/44W fast charging technology and it also supports 65W PD fast charging. We have heard that the phone will sport a 4,000mAh battery. The latter can fully charge in 15 minutes.

The iQOO 5 series will come with a Snapdragon 865 flagship chip. Also, there should be an LPDDR5 RAM and UFS 3.1 storage. The latest leaks also prove it will have an AMOLED display with a punch-hole design. Also, the screen ill support a 120Hz refresh rate and a 240Hz touch sampling rate.

This morning, another highlight of iQOO 5 was announced – the 120dB high-dynamic Hi-Fi chip. The company said this phone has obtained the dual Hi-Res certification for wired and wireless performance.

According to the official introduction, the iQOO 5 will come with a 120dB high-dynamic Hi-Fi chip, rich in details from bass to treble, strong sense of hierarchy, and has obtained Hi-Res wired and wireless certification. The iQOO 5 is also equipped with super linear large-amplitude stereo dual speakers. They are officially claimed to bring surround sound, deep bass and double loudness. 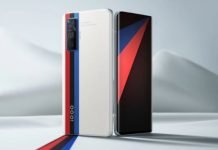 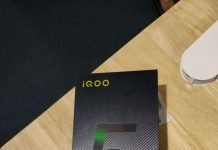 iQOO 5 with Snapdragon 865, 12GB RAM Spotted on GeekBench and in Hands-on photos 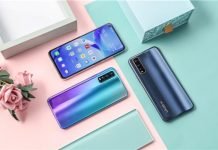 Vivo registers trademarks for its IQOO PAD and IQOO BOOK 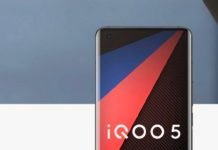