Oppo announced on their website earlier today that Brian Shen Yiren is stepping down for health reasons. Brian has been Oppo’s President of Global Marketing for a number of years now. He will be replaced by Liu Lie who has until today been the brand director of Oppo. Liu is credited with successfully launching a number of mobile phone products. Those include the Oppo Find, Ulike, and Realme, he was also the company’s chief marketing officer for mainland China. Oppo’s hopeful that Brian will be able to return to the Oppo family soon.

Liu Lie, just like his predecessor, will report directly to Oppo’s CEO Chen Mingyong. Brian Shen Yiren’s resignation comes at a very critical time. A time when the smartphone supply chain is being rocked by the COVID-19 pandemic. A pandemic that has seen partial closure of factories in China and elsewhere. As governments step-up measures to contain the spread of the disease.

Oppo is the fifth largest smartphone manufacturer shipment. It has recently launched a series of new generation devices that support 5G technology. This includes the very latest Oppo Find X2 series that commands a price tag of 5,499 Yuan (~$784). So far the most expensive smartphone from Oppo. This phone is also the company’s strategy to position itself as a brand that has come of age. Both in the Chinese high-end smartphone market dominated by the likes of Huawei but also overseas.

The company said that it’s looking at streamlining its global deployment strategy. This is to be in line with its rapid rise. And the realization that playing in the global markets requires more than just selling products. Leveraging global resources and better integration is key to forming stronger partnerships in new markets.

The company’s Oppo Find X2 smartphone is now available in more than 30 countries globally. It threatens to dethrone Huawei from the top spot especially since the Trump administration imposed sanctions on Huawei. US sanctions have adversely affected Huawei’s sales internationally. This is because by restricting the use of the widely popular Google Play Service on Huawei devices. Their appeal is reduced.

Oppo, Xiaomi, and Vivo continue to face tough competition from Huawei in the domestic market though. Especially since Huawei ramped-up its domestic sales efforts to cushion itself from the impact of the US ban.

Even though Brian Shen had featured in a number of the company’s events including interviews. His public image pales in comparison to peers at companies like Xiaomi and Huawei. So far Shen hasn’t disclosed his future plans. He only mentions in a message via Weibo that he’s taking some rest for health reasons.

In China, Oppo’s sales fell by close to 20% in 2019 according to IDC. Oppo has disclosed that the majority of its smartphone shipments have been made outside China. That’s a trend the company expects to continue with into the foreseeable future.

If you’re interested in stories from Oppo and the Chinese smartphone sector, then subscribe to be alerted when we publish new stories.

READ NEXT: Did Oppo Outsmart Samsung with the Find X2 Pro? 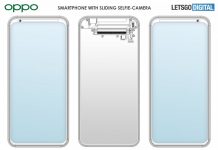