Oppo is busy prepping for the INNO Day 2020 conference scheduled for November 17. The event will take place in Shenzen, China. The company is expected to reveal many new devices in the said event. One of them will be the Oppo AR Glasses. Ahead of this, the company has also teased the AR Glasses on Weibo. 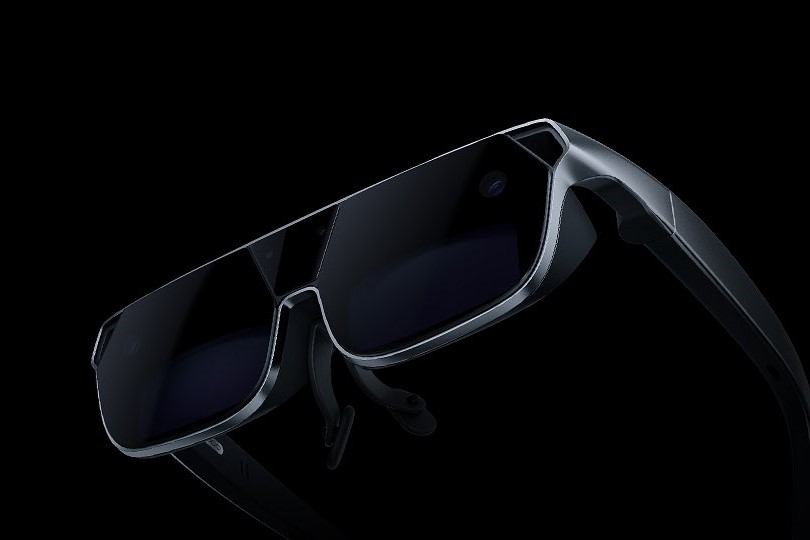 However, the poster does reveal the camera sensors it is expected to come with. Although, the AR Glasses will be a prototype for now, and might be commercialized in the nearby future. The IoT product will be similar to the sunglasses you put on. Apart from that, the Oppo AR Glasses will also be embedded with a number of sensors to allow immersive expertise for customers.

There is a metallic body across the edges and extra black curtain frames to block surrounding distractions. The IoT device will come with depth sensors and spatial MIC arrays. It will make use of diffractive optical waveguide technology and will support voice interaction and 3D surround sound. The new wearable will also include a microphone and physical buttons along with support for gestures as well as voice commands.

Oppo’s CEO Chen Mingyong stated that during the next three years, the company will invest over 50 billion Yuan in Research and Development. The company also wants to focus on AR, big data, AI, 5G, and 6G in coming times.

Last year, the company unveiled the first generation OPPO AR Glasses during the Oppo Future Technology Conference. The event was held in December 2019 and marked Oppo’s entry into the AR Glasses segment. The first generation came with four lenses, a ToF lens used for measuring distance and an RGB lens to determine object shapes and two fisheye lenses used for processing image.

Apart from that, OPPO is will introduce the new concept phone with a rollable display at the event tomorrow.