Oppo’s new smartphone with model number CPH2135 passed through the FCC certification. According to the FCC documents, the smartphone has a triple camera module with an LED flash on the rear. Oppo CPH2135 also packs a fingerprint scanner on the backside of the smartphone. There’s no additional information apart from the FCC listing that has appeared online about the new Oppo smartphone. 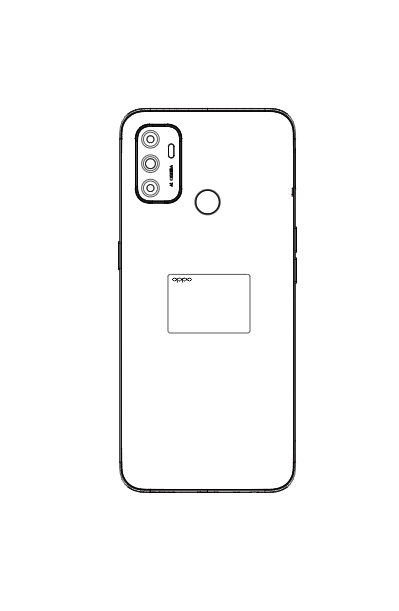 As per the sketch shared on FCC the phone has volume rockers placed on the left side of the phone and power button on the right side. Oppo CPH2135 is a Dual-SIM phone as the FCC data shows the two different IMEI numbers present on the label. According to FCC, the phone supports VoIP in GPRS, EGPRS, WCDMA and LTE, and LTE VoLTE. Moreover, it is packed with WLAN 2.4GHz/5.8GHz and supports Hotspot operation and Bluetooth tethering applications. Oppo CPH2135 also has an NFC support and the phone runs on ColorOS 7.2 that debuted in India with Oppo Reno 4 Pro a while ago.

Follow us on Gadgetsay Telegram channel
Oppo CPH2135
1 of 2

The camera module of Oppo CPH2135 is very similar to the Oppo Reno 4 Pro 5G that was spotted yesterday on FCC with full details and photos. Oppo Reno 4 Pro 5G appeared with a triple camera setup at the backside consisting of a 48MP primary camera sensor + 13MP ultrawide camera + 12MP camera. There’s also an under-display fingerprint sensor. Reno 4 Pro 5G will house a 4000 mAh battery and the phone measures a 159.6 x 72.5mm x 7.61mm in size. It also runs on ColorOS 7.2 that is based on Android 10 out of the box.

Related: OPPO CPH2127 got FCC certification indicating its launch in the US

We think both Oppo CPH2135 and Reno 4 Pro 5G smartphones will go official via the same launch event soon. There will be some more leaks related to Oppo CPH2135 in the coming days so stay tuned with us.