Huawei has been winning 5G contracts globally one after another. Its main rivals are Ericsson and Nokia. But it seems there is a new player in the market. According to 163.com, Vodafone and Ericsson will join forces with OPPO to construct the first 5G standalone network in the United Kingdom.

It’s an important move in the construction of 5G SA network in Europe. By the way, a new network that has been built in the UK’s Coventry University introduced Qualcomm’s Snapdragon 865 chip and MediaTek’s Dimensity 1000 chip. Both are 5G-enabled chips. 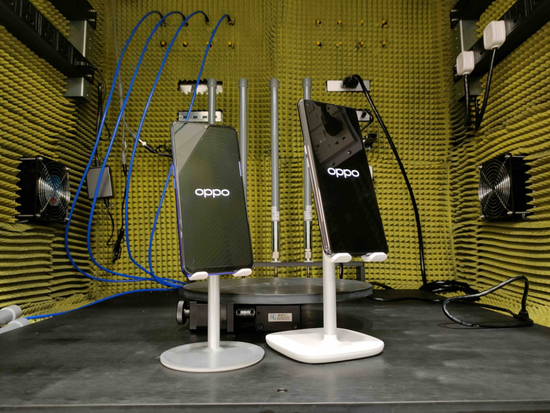 At the moment, OPPO has already managed to introduce a few 5G smartphones in face of the Find X2 Pro and Reno 3. Also, OPPO co-developed phone-end network slicing approaches with Qualcomm and MediaTek. The latter allows users to switch network slices of their own volition for better experiences according to application scenarios.

This technology works in the following way: one network slice is for net browsing, while the second one serves campus internal networks for information sharing and short latency, high-definition remote courses.

Well, as you know there are two types of 5G networks – non-standalone (NSA) and standalone (SA) networks. In this regard, SA refers to those with standalone structures applying 5G base stations and 5G core networks. And though it’s not very popular yet, this is the future. Currently, only the major network provides on the globe are deploying the 5G SA network.

In this sense, the new 5G slice technology by OPPO and its partners uses the 5G core network. As said, it virtually slices a 5G network into several end-to-end networks. And though they operate inside the same network, each of them has independent resources and doesn’t affect one another. Shortly put, they use resources of the network more efficiently.

Nokia C3 launched in China with Unisoc SoC for just $100

Realme V5 leaked in a spy photo for the first time