Oppo Enco W51 True Wireless earphones launched in China along with the Oppo Reno 4 on June 8. The new earphones carry exquisite features like support for 7mm audio drives, IP54 rating and support for low-latency of 94ms. The powerful and useful earbuds appear to soon make debut in Europe as confirmed by the Oppo at its launch in China. Oppo Enco W51 True Wireless Headphones have just appeared on Bluetooth SIG with model number ETL21. 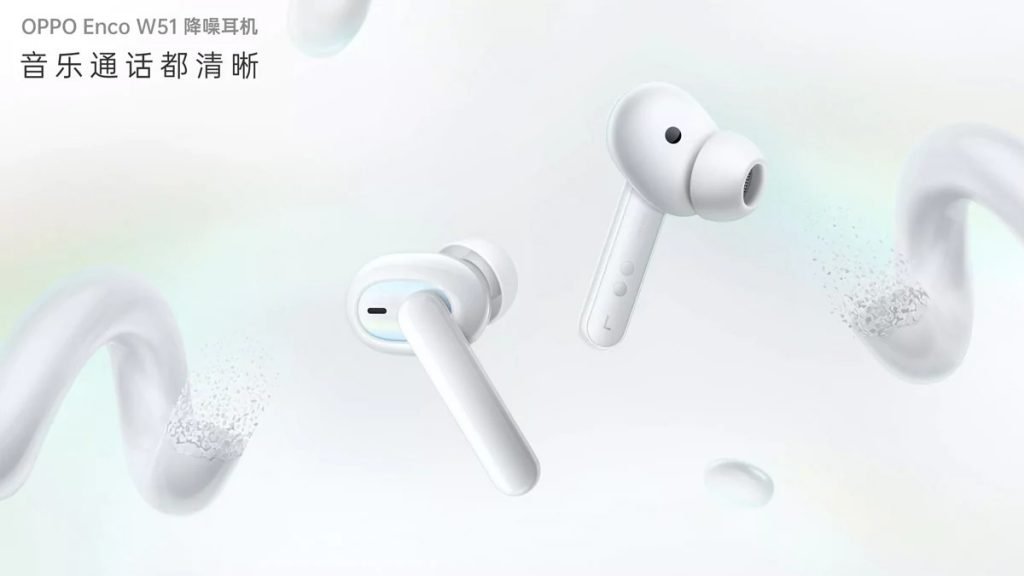 However, the listing does not reveal any additional information about the device but gives air to the speculations of its global launch.

Oppo W51 features 7mm drivers for better frequency response range of 20Hz -20Khz. It supports low-latency dual-pass technology to reduce the single ear latency to 47ms and both ears up to 94ms. The earbuds feature 35db noise reduction using two microphones and while on call it uses three microphones. 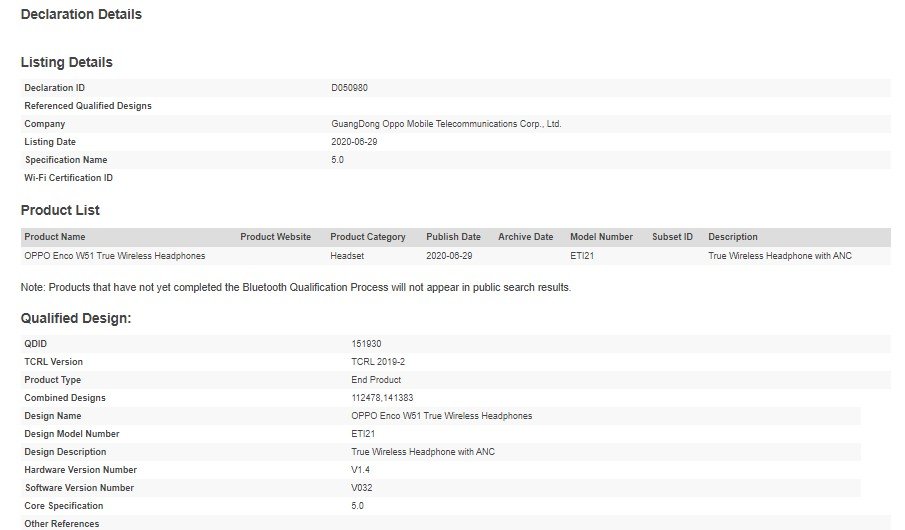 Furthermore, the earphone houses a 25mAh battery in each earphone along with a 480 mAh battery within the case. It can offer 24 hours of total battery life along and 4 hours on a single earbud charge.

The user can easily charge it with a USB Type-C port, and it weighs 55.5grams. It is available in China for CNY 499 and will go on sale on 9th July. You can grab the device in your favourite among Velvet White, Azure, and Feather Black.

Related: Oppo Watch appears on FCC with real images and some other interesting information