A new OPPO smartphone with a model number PEDM00 appeared in the Geekbench benchmark database yesterday. According to a Weibo blogger, it is OPPO’s new generation flagship model OPPO Find X3. Although this prototype is equipped with an ordinary sm8250, the mass-produced machine will be replaced with a 3.19GHz Snapdragon 870 chip. 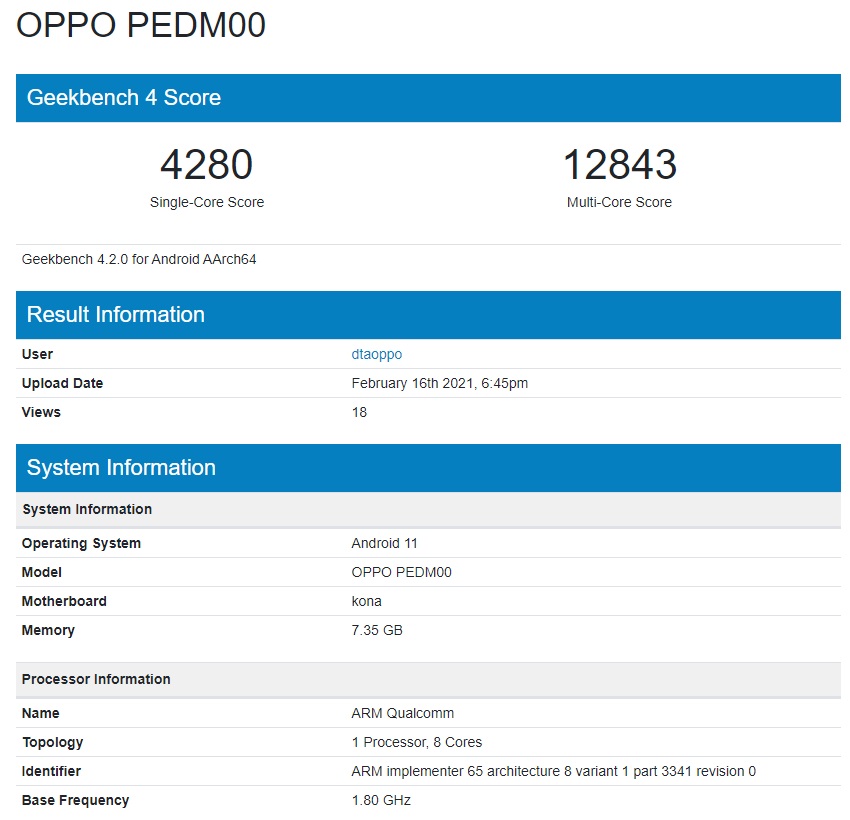 In addition, the machine also appeared in AnTuTu and AIDA64. Even some Japanese users shared parameter screenshots. 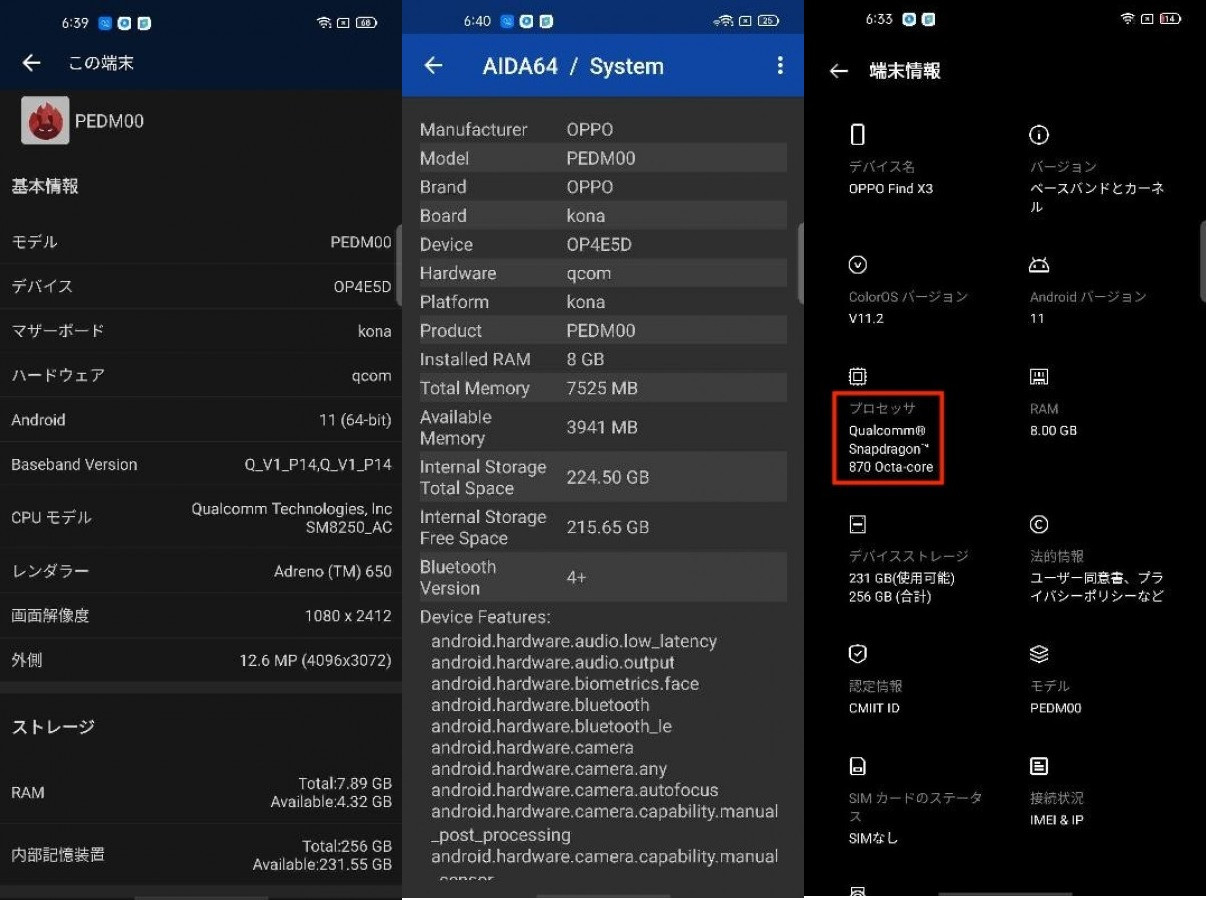 It is worth mentioning that due to the low chip frequency of the engineering machine, the running score is equivalent to the Find X2 benchmark score. As you remember, the latter comes with a Snapdragon 865 chip.  But on the other hand, you shouldn’t be surprised because the Snapdragon 870 is considered to be the over-over-clocked version of the Snapdragon 865.

According to previous certification information, the OPPO Find X3 series models are PEGM10, PEGT10, PEEM00. Moreover, the top version will come with the Snapdragon 888 flagship chip instead of the Snapdragon 870. Thus, it is going to be the first Snapdragon 888 smartphone supporting a full-link color management system.

In addition, the OPPO Find X3 will also introduce the currently popular plain leather version. Plus, there will be a white version, but it should not be ceramic.

The OPPO Find X3 will adopt a micro-curved screen design. At the same time, in order to avoid excessive edge curvature and accidental touches, the screen will be hyperboloid, and the grip is similar to Reno5 Pro+.

It is worth mentioning that, according to another blogger, the black edge of OPPO Find X3 Pro’s chin is about 2.3mm, which is obviously narrower than the previous generation.