OPPO has shown its own folding screen smartphone prototype in 2019, but has not launched the corresponding product so far. At the moment, the company has applied for multiple folding screen phone patents.

LetsGoDigital, today, announced a patent document for OPPO’s new folding screen smartphone. Based on the patent document, it brought a set of renderings that are easy for us to understand.

The patent describes a foldable phone with an inwardly folding flexible display. This foldable phone uses a strikingly designed hinge, similar to the hinge design of the Microsoft Surface Duo. This allows the phone to achieve better folding experience, reducing screen creases and improving lifespan.

It is worth mentioning that this patent is only used as a technical reserve, which does not indicate that OPPO will launch this model in the future.

In fact, many major smartphone makers have applied for similar patents. Even the Taiwanese HTC, which is drawing from the smartphone market, has registered its own patent. But what we see is that only a few manufacturers are working on it actively. Say, Huawei and Samsung have already released their own models. Motorola is boasting of its RAZR V smartphones. Xiaomi has shown a concept phone with a tri-fold design. And the rest are just patents and assumptions. We mean not only OPPO but other brands as well have just applied for patents. But nothing serious has been heard from other companies. 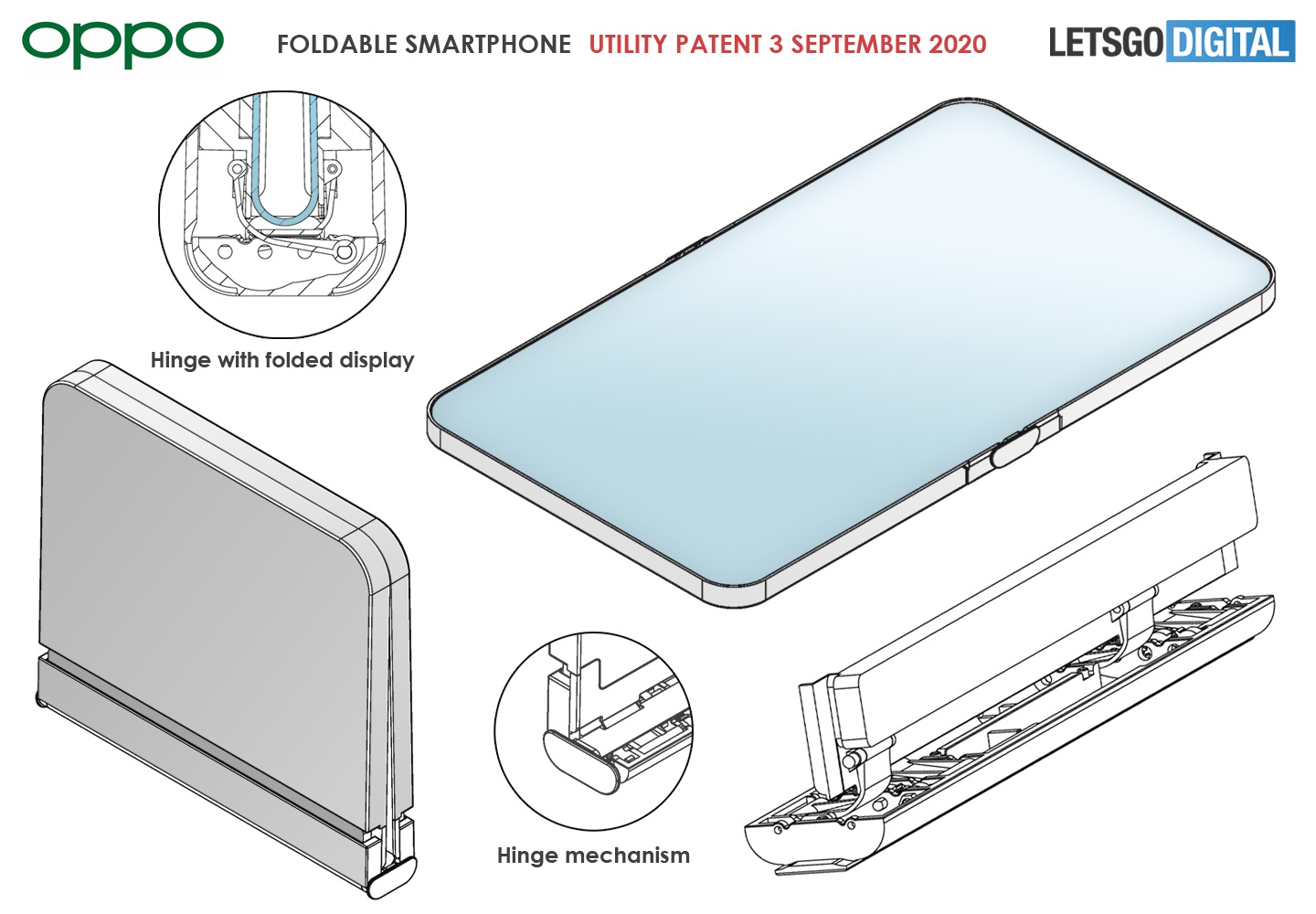 In other words, the OPPO folding screen smartphone looks quite amazing, but most likely, we won’t see it in the nearest future.