OPPO announced that it will launch the new OPPO K7x on November 4. Today, OPPO shared a new poster that revealed the screen features of the new phone. 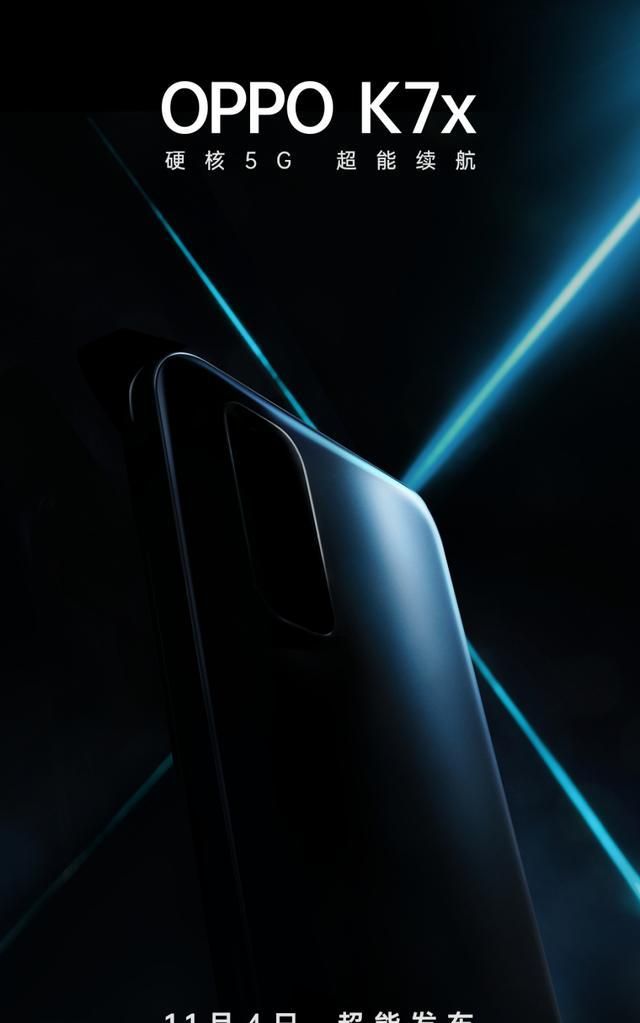 The poster released by OPPO shows that the OPPO K7x has a hole-punch screen design. The poster also confirms that the screen supports a refresh rate of 90Hz and a touch sampling rate of 180Hz. Compared with the common 60Hz refresh rate in the mid-range, it will further improve the smoothness of control. A fingerprint scanner is installed on the side of the device. The screen parameters are really outstanding for a mid-range model. And we have to say that OPPO has popularized high refresh rates to more and more models. 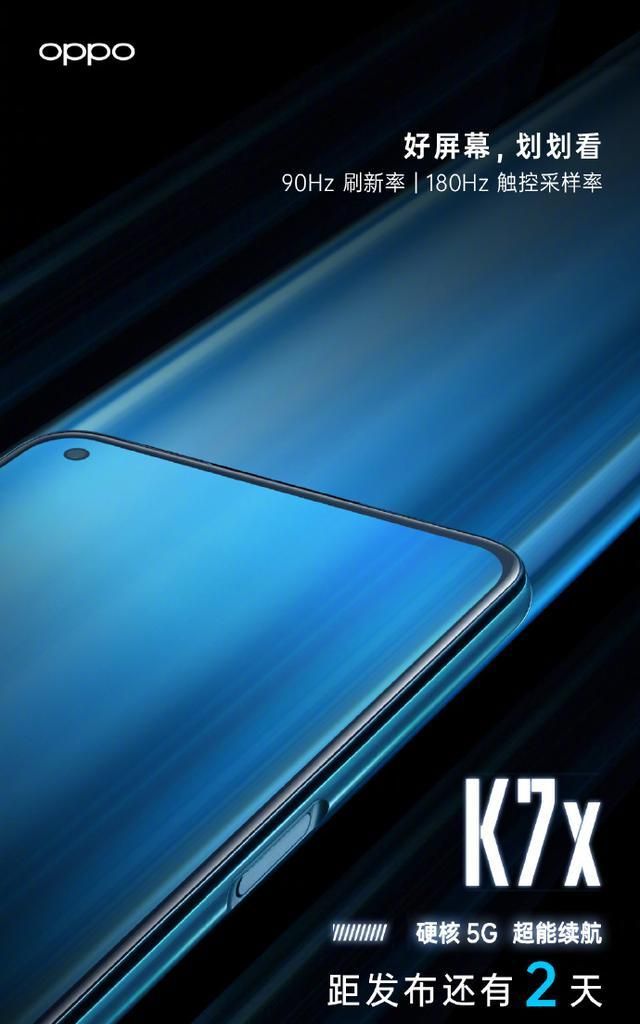 In addition, the phone has appeared on the Geekbench platform. OPPO K7x’s Geekbench (with PERM00 model) shows that it comes with the MediaTek MT6853V / ZA processor. If you still don’t het, it is the Dimensity 720 chipset. 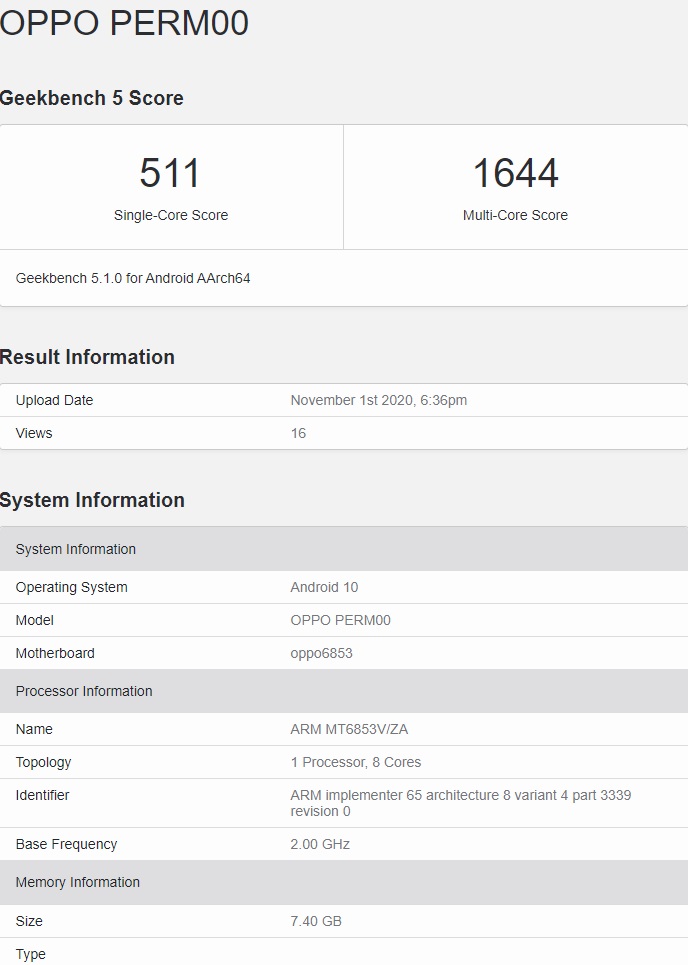 OPPO K7x’s Ministry of Industry and Information Technology information shows that it has a 6.5-inch LCD screen that can provide Full HD+ resolution. The phone will launch 6GB and 8GB RAM versions and 64GB, 128GB and 256GB storage versions. There also will be a built-in 5000mAh battery, which supports 30W fast charge. Prior to this, OPPO said the OPPO K7x will also have a ‘big power’. In other words, it clearly indicated on long-lasting battery life.

The phone is expected to be available in green, gray and blue versions. There is no news about OPPO K7x pricing.