Oppo is continuously expanding its wings throughout the globe in order to bring affordable smart devices including smartphones, wearables, and much more. After extending its arms to developing nations, and some parts of Europe, the company just opened its Office in Germany to further stabilize its foothold in the European market. Oppo established a new headquarter in Dusseldorf, Germany. 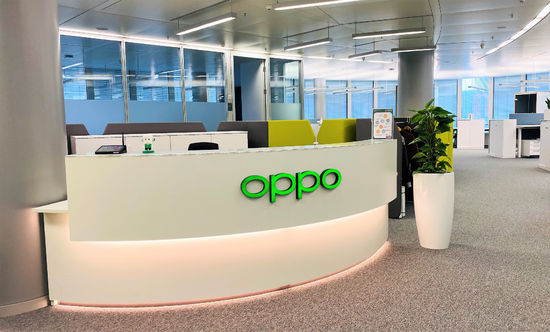 Related: OPPO is reportedly working on its own mobile chip

The new office will help strategize better by integrating local talent, using regional resources in a better way to a server the European market. The company is working on its motto to “brand globalization with localization” to extract talents and improve the local availability.

It’s been two years since Oppo entered the European market. Within these years, the company has thrived throughout the continent every month by making the latest tech available to the users at competitive prices. Oppo is available in almost every country in the continent including the United Kingdom, Germany, Switzerland, the Netherlands, Spain, Italy,  and France.

Oppo stats show a great accent in its sales in the first quarter on 2020. It has witnessed over 1000%growth on a year-on-year basis. Oppo is among the first companies that launched the first 5G smartphone in the region.

It has even partnered with major telecom operators in Europe like Orange and Vodafone. Moreover, a new agreement between Vodafone and Oppo will bring the whole fleet of the Oppo smartphones available to the carrier users.

Oppo’s Dusseldorf, Germany headquarters will focus on integrating in a persuasive manner, and to promote technology and innovation.

Oppo will release many new smartphones in the coming few weeks. Oppo Reno 4 series, Oppo Ace2 Neon, and many others are in the line.