Two OPPO models appeared in the GeekBench database yesterday. The models are OPPO PEGM00 and OPPO PDST00. They are the previously leaked OPPO Reno 5 series.

A well-known Weibo blogger said that all OPPO Reno 5 series will come with a 65W flash charging as standard. Also, they will use single-hole straight screen/single-hole high-refresh-rate curved screen design. However, all models will come with different chips. We think they will be the Qualcomm Snapdragon 765G 5G (sm7250), MediaTek Dimensity mt6889 and Qualcomm Snapdragon 865 (sm8250). 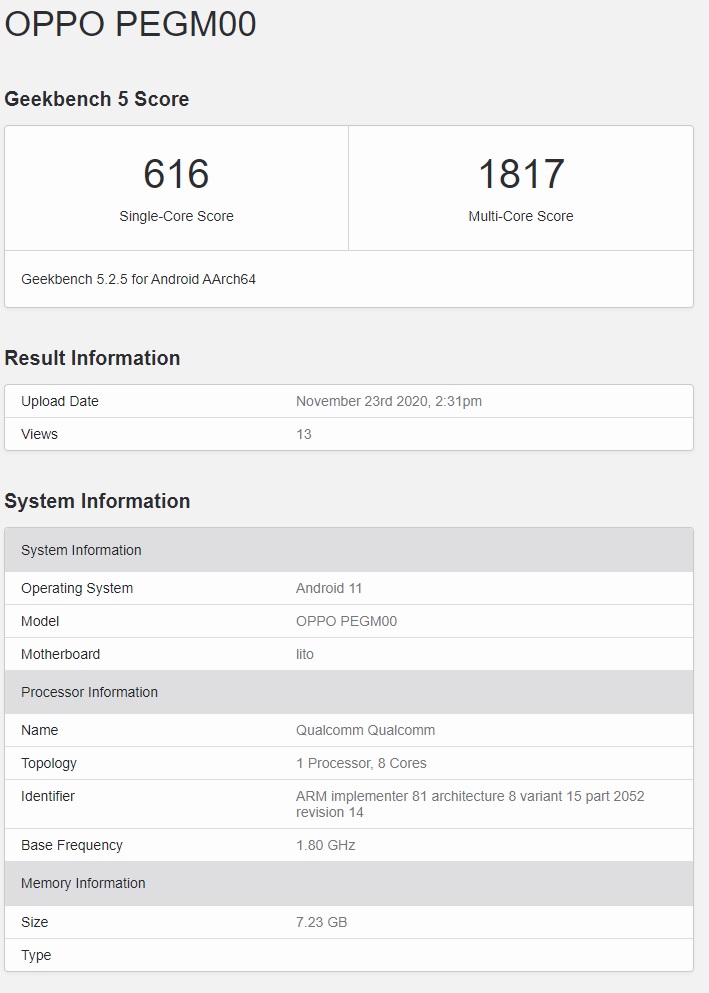 Two OPPO models passed the network access audit by the Ministry of Industry and Information Technology earlier this month. The models are PEGT00 and PEGM00 respectively. The later has also passed the 3C certification. This confirms that they will provide 65W fast charging. According to the model number, the third model that sports the Snapdragon 865 chip is PEGT00.

According to the network information, the OPPO Reno 5 uses a 6.43-inch FHD+ resolution AMOLED screen on the front. It also runs the Android 11 system, and comes with optional 8GB and 12GB memory variants and 128GB and 256GB storage variants.

In other aspects, the machine uses a matrix rear quad-camera design. The main camera has a 64MP resolution. There is also an 8MP lens and two 2MP lenses. The front lens can reach a 32MP resolution. The battery capacity is marked as 2100mAh. It should have a dual-cell design, that is about 4200mAh. The size is 159.1×73.4×7.9mm, and the weight is 172g. 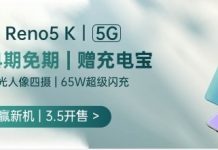 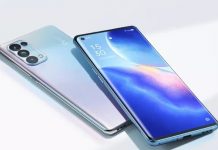