Today, the OPPO Reno5 series officially went on sale. After more than ten minutes, we saw the first battle report issued by OPPO’s official Weibo: the sales of the whole network exceeded 100 million yuan ($15.3 million) in 10 minutes. From this, we can also see the development trend of OPPO in recent years: a brand that used to be the king in offline channels, is now gradually adjusting its gait, and its online performance is gradually improving. 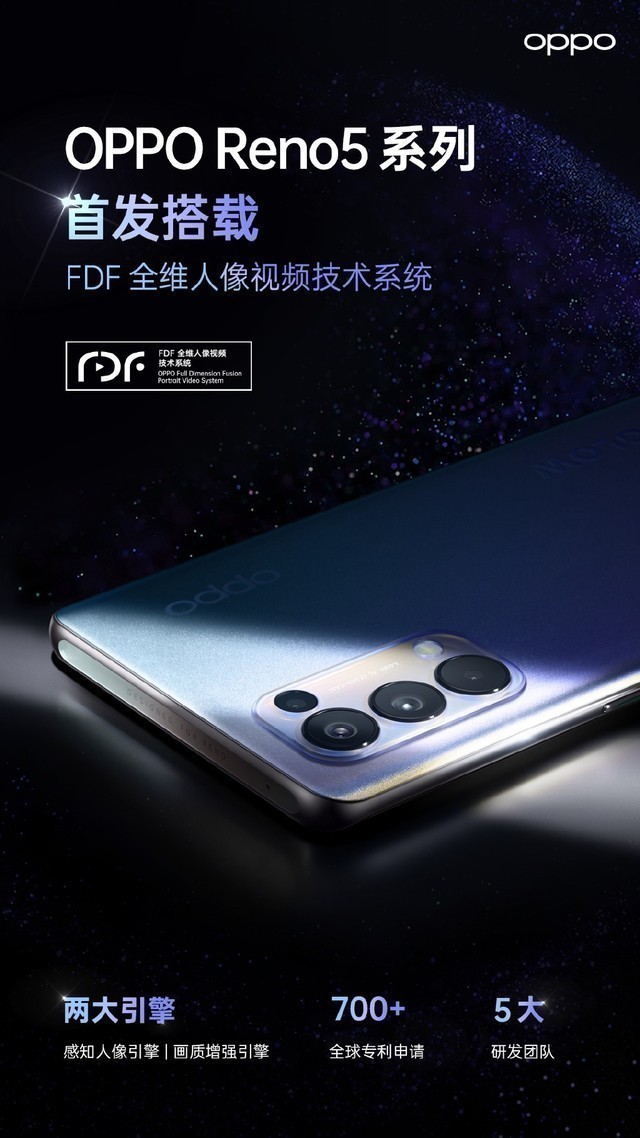 The Reno5 series can achieve such impressive results, and its own unique functional positioning and good product strength are inseparable: the FDF full-dimensional portrait video technology system carried by the Reno5 series not only captures the current video era, but also better solves the pain points of users in portrait shooting. It also opens a new track for video smartphones in the industry.

In addition, the newly upgraded star diamond technology combined with the luminous material first applied in the Reno5 Pro makes the phone look shinier and highly recognizable. When 5G smartphones are generally on the road to ‘200g+’ and are gone, the Reno series has maintained a thin and light volume and excellent feel from the beginning. Also, the Reno5 series has a 65W super flash charge and a large 4350mAh battery. The thin and light body realizes both addition in function and subtraction in hand. Behind this is inseparable from OPPO’s persistence in the appearance and feel of mobile phones and continuous scientific research. 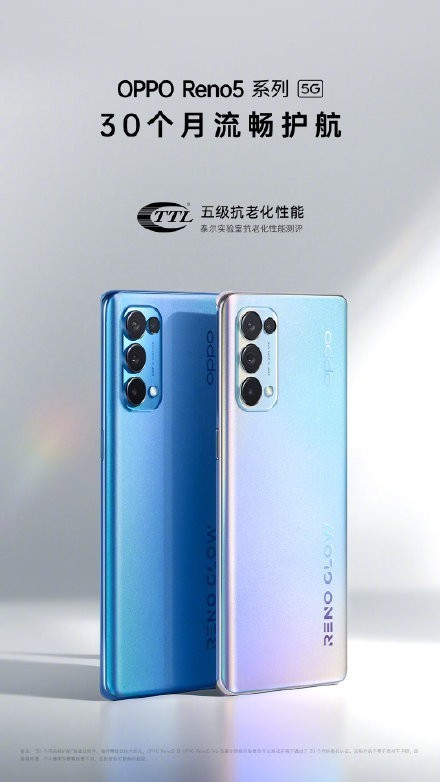 At the system and software level, the OPPO Reno5 Pro is equipped with MediaTek’s dual-mode integrated 5G chip-Dimensity 1000+. With the interactive optimization of the ColorOS 11.1 system, the new machine has not disappointed the performance party in the gaming experience. It is worth mentioning that the OPPO Reno5 Pro also passed the 30-month system anti-aging performance test of China Tyre Laboratory, and reached the five-level anti-aging performance requirement. This certification undoubtedly provides guarantee for the performance of smartphones and gives users a reassurance. 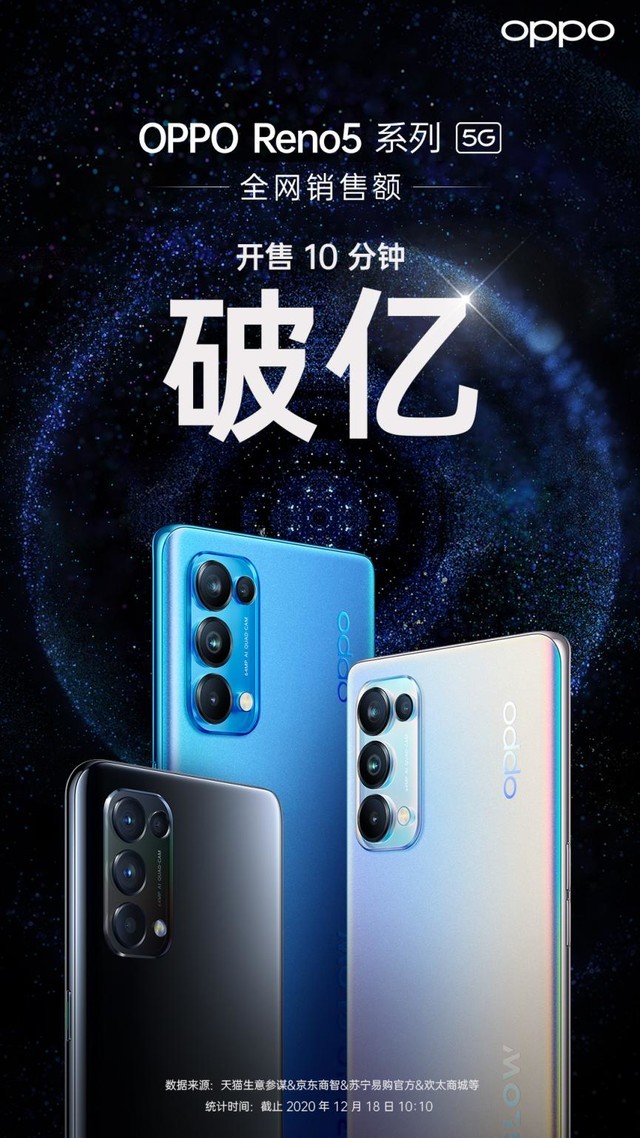 In fact, OPPO has always been committed to creating high-quality products based on broader and more practical user needs. In the 5G era, video socialization has become a trend, and portraits have become the core scene of video shooting. The Reno5 series is positioned as a portrait video phone, and the thin and light body and leading technology are precipitated into the series design style. The Reno5 series has been fully affirmed by users, and achieved the first online sales of more than 100 million yuan in 10 minutes, which once again confirmed OPPO’s sincerity and strength in creating products for the masses.